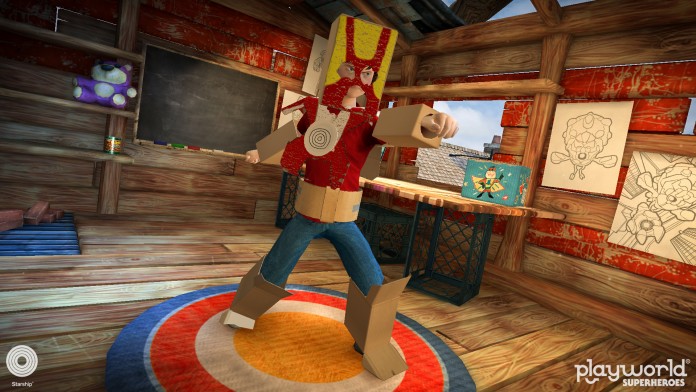 The new trailer, which can be found at the end of this post, showcases the gameplay experience and also confirms that the game will be released, as announced last month, during January. A precise release date, however, has yet to be confirmed.

Playworld Superheroes is a game clearly inspired by Minecraft, the successful crafting game created by Mojang. The game developed by Starship, however, spins the crafting formula in an interesting way, adding super heroes that players will be able to customize in a few ways and use to save the world. The game is clearly aimed at a younger audience but it looks like there will be enough to even get an experienced gamer engaged, thanks to the many crafting and customization possibilities.

Playworld Superheroes is going to be the first entry of a much bigger series. The following games haven’t been detailed, obviously, but they will probably feature the same focus on the crafting experience with a few twists that will differentiate each game from the others.