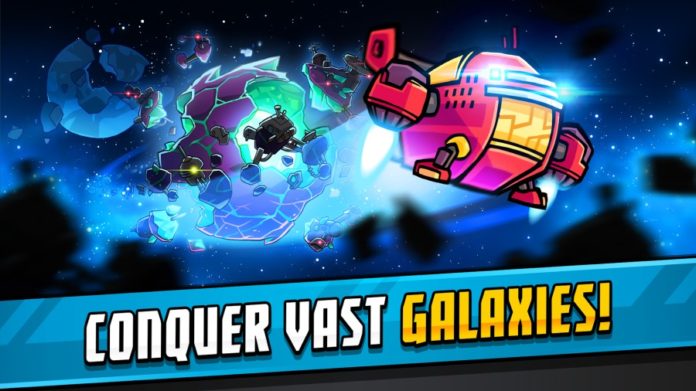 Cosmic Showdown is an innovative PvP multiplayer game for mobile where you try to control various areas, build fancy cannons and try to blow your opponent to pieces. It doesn’t sound too easy – but we’re here to help with some Cosmic Showdown cheats and tips in our complete strategy guide.

The game comes as a fresh breath of air in the mobile gaming world, offering new ways to play a traditional concept. With the various areas you control and different towers you can build, the possibilities are endless and only those who strategize a bit and think quick will come out as winners.

So let’s try to help you be on the winning side at all times with our Cosmic Showdown tips and tricks below! 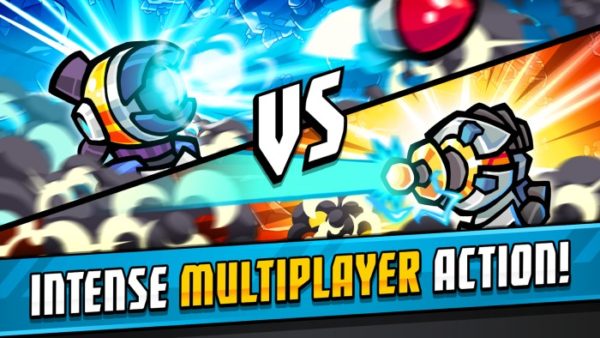 Always work on those crates
The crates are extremely important in Cosmic Showdown because that’s where you’ll get the coins and cards from. So make sure that you are constantly working on opening new ones and try to open as many as possible each day.

You should plan ahead a bit based on your estimated activity and work on the faster ones when you can log in after 3 hours and the longer ones when you expect to stay away from the game for longer amounts of time.

Don’t forget that you can always watch a video ad for a supply crate (and the loot there is similar to what you’d get from a silver crate!) and you also gain a crate for every 10 stars you win by battling others – no matter if you win or lose the match.

So you have options in this area – make sure you take advantage of them to build a strong deck as fast as possible!

Upgrade your starting towers
In most games, you have a ton of units to collect and use for your deck, but in Cosmic Showdown your options are pretty limited, actually. This means that the starting cannons will be with you for a long time and since you’ll be able to level them up multiple times before unlocking others, you’d be left behind if you didn’t do it. 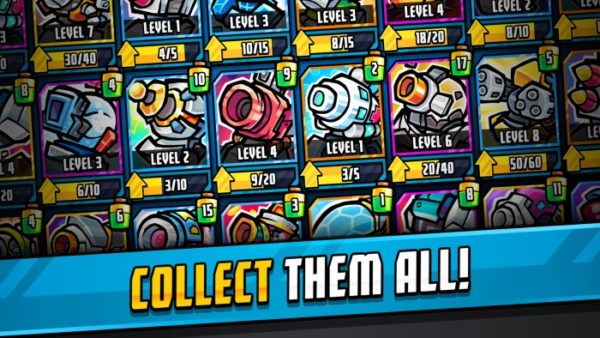 When you reach Bronze 2, you will get access to a fair number of cannons and cards and that’s when you should become picky and start working on those that you really enjoy using in the game. But until then, don’t be afraid to invest your resources in what you already have in order to be ahead of your opponents!

How to win your battles
There are many strategies that would work in the game and help you win battles and it all depends on your opponent and terrain too. But there are some general rules that apply in all cases and it would be great if you could keep them all in mind!

For starters, take time to analyze the terrain and plan your moves before placing your Base. Strategize a bit and it will take you a long way. Remember to place your Base in a spot that’s difficult to hit directly with towers.

As soon as the game starts, work on expanding your area – getting as close as possible to the enemy is vital because if you lose ground, it’s usually difficult to get it back and become a danger in attack. So this is not like other games where it pays to wait for the opponent to make the first move: you should move as fast as possible and get as close to their base as possible.

Take advantage of miners, which increase the speed at which your energy is produced. It’s usually the player who is able to produce energy the fastest the one who will win.

Focus on a direction, even though there are multiple paths available. Doing this will leave you a bit exposed in one area (but that can be minimized with a shield, for example). But trying to attack on two paths is also difficult and will most likely leave you exposed to a focused enemy.

Know your cannons and place them to counter the ones placed by your opponent. For example, the Laser does nothing against the shield, so you will need missiles or a minigun placed there in order to get rid of it (or place a shield of your own when the opponent places a laser!). Always try to be the smartest player in the battle, placing cannons that give you an advantage and help you advance and attack their base.

Finally, don’t forget to keep replenishing the drones that unlock terrain for you as they disappear after a while!

This would be it for Cosmic Showdown! If you have other strategies that work well in the game, don’t hesitate to let us know by sharing your thoughts in the comment section below!