A little while ago I was telling you about Cool Clash, a really nice looking fighting game that has been in development for 4 years, the reason for that being the fact that its developers decided to draw everything in the game, from animations to backgrounds. I would never be able to show such dedication, but they did and today Cool Clash is out and available for purchase. We’re going to check it out and see if these four years were enough to make it a hit.

Strangely enough, I won’t start by praising the understandably amazing graphics of Cool Clash but talk a bit about the control system of the game. For an indie title that has everything hand drawn, you would be tempted to believe that there’s nothing extra to enjoy but Cool Clash proves us wrong: the control system is simply amazing!

What it does is to combine the virtual d-pad for movement with swiping mechanics and based on the direction you swipe on the screen, you perform various attacks. You can also perform combos which are really easy to learn and in case you have a bad memory or simply don’t want to remember combos for all the characters, when you hit the first move of a possible combo, the rest of the moves you should make appear on the screen. Classy and easy to follow! 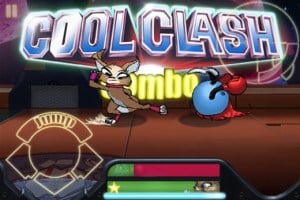 Of course, getting used with the control scheme takes some time and in my case that meant many quick KOs from my opponents, but there is fortunately a tutorial (that I strongly recommend playing first) and practice mode that help you get started and prepare you for that first kill.

The control mechanics might not impress you as much as they impressed me, but certainly the hand drawn graphics of Cool Clash will blow you away. The level of details is incredible for something that’s completely hand drawn, the animations are amazing and all I can say is that these were 4 years well spent. 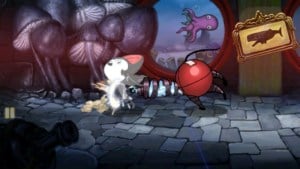 I honestly am not the type to enjoy fighting games anymore – probably Mortal Kombat 2 is the latest game I showed any interest in and played for more than a few hours – but Cool Clash really made me want to keep playing. It is a flawless, innovative, insanely good looking gem of a game and you should give it a try no matter what!