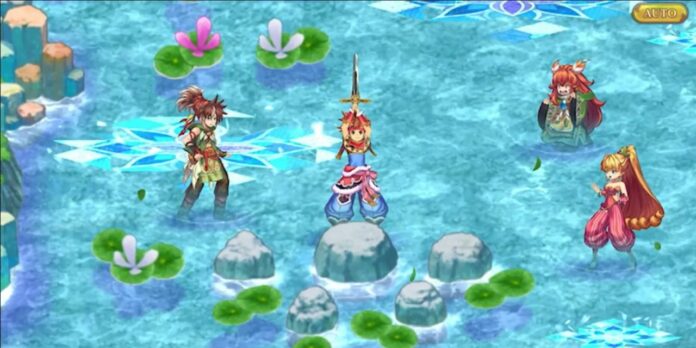 Touch controls have always been the bane of action games released on iOS and Android, but things have been quite a bit better in recent times, thanks not only to better devices with better screens but also to developers who are coming up with improved touch screen control schemes.

Even with all these improvements, some players will continue to prefer playing mobile action games with traditional controls. This is definitely the game with Echoes of Mana, as the latest entry in the Mana series features some intense and action-packed battles.

Here’s how you can use a controller to play Echoes of Mana.

As of now, Echoes of Mana doesn’t seem to have native controller support, but it can still be enjoyed with one thanks to PC Android Emulators such as BlueStacks and NoxPlayer. Users are reporting that BlueStacks currently has some troubles running Echoes of Mana, so NoxPlayer is going to be the best choice for the vast majority of players.

If you’re playing Echoes of Mana with the BlueStacks emulator, you will be able to access the controls editor by right-clicking on the Game controls icon from the side toolbar and dragging and dropping the control on your game screen from the Controls Editor to start remapping the controls.

To map movement to your left stick, you will have to select the left joystick on the menu and then place it on the lower left side of the screen. This way, you will be able to move your controlled character with the left stick as in pretty much every modern game, as the emulator tricks the game into thinking you are actually holding the screen down.

Once you have movement remapped you will have to remap all the other controls, which can be easily done by clicking on the on-screen buttons and then pressing the actual controller button on both BlueStacks and NoxPlayer. For the most natural feel, you can assign basic and special attacks to the face buttons, and character swapping to your shoulder buttons. Where to assign the dodge maneuver is up to your preference, but we would recommend assigning it to the right trigger for easy access. Tons of other action role-playing games map this maneuver this way, so it will feel quite natural to you if you play lots of similar games.

With Echoes of Mana featuring tons of menus, like pretty much every modern gacha role-playing game, you will probably have to resort to mouse controls in some cases if you’re playing the game on PC via an emulator, but when it comes to the action sequences, playing the game with a controller will undoubtedly be the way to go for most players.