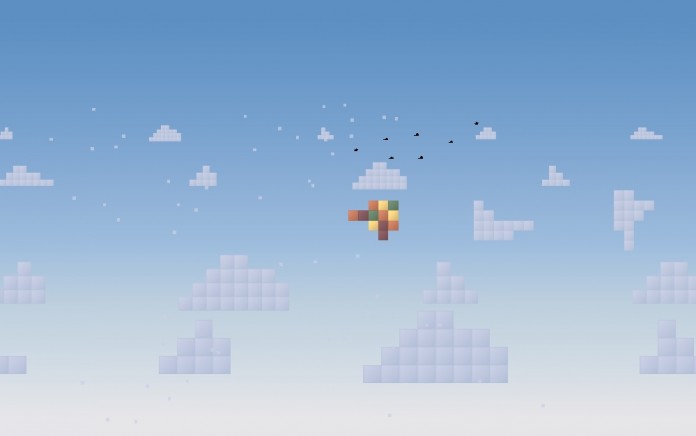 The App Store is literally flooded with different puzzle games, each one featuring a slightly different take on a specific puzzle game formula. The latest puzzle game released for iOS devices manages to introduce yet another spin to color matching puzzle games, making the whole game incredibly challenging but satsfying.

Cloud Breaker, developed by Axis Sivits, adds a timer for all the puzzles, meaning that you will have to be quick in completing them. This sense of urgency makes the game really engaging, allowing gamers to put their puzzle solving skills to the test.

Other than the timer, this free puzzle game doesn’t stray too far from familiar territory. And it’s not a bad thing at all: by keeping things simple and relatively familiar, gamers can jump in the game without having to learn some brand new mechanics.

Despite the timer, Cloud Breaker really fells relaxing at times, thanks to the sky setting and graphical style. Don’t relax too much, though: the clock is ticking.

Cloud Breaker is now available for download on the App Store. It’s completely free too, so make sure to give it a try if you fancy puzzle games. There’s a good chance you will not be disappointed.