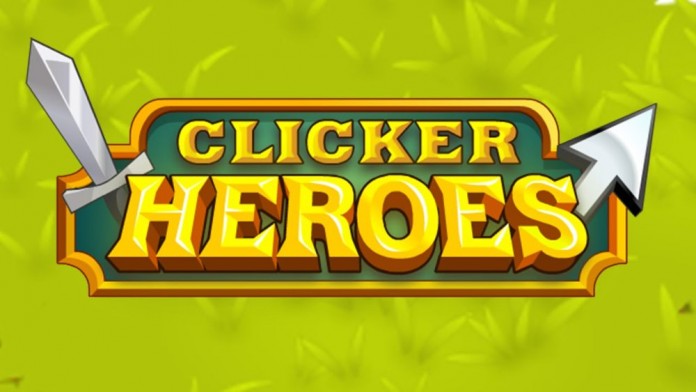 Clicker Heroes is a beautiful and insanely addictive endless clicking game for the iPhone and iPad that has just been launched on the App Store and managed to take the world by storm: well, at least I am addicted, and probably I’m not the only one! If you can say the same, then I am here to help you progress a bit faster by sharing some Clicker Heroes cheats and tips for a flawless, perfect run all the way to the later stages. Because, honestly, we don’t know if this game has an end!

But let’s not waste any time and let’s check out, instead, some Clicker Heroes tips and tricks below!

1. The game has an end. Kind of…
You won’t be clicking tougher and tougher monsters continuously. The game “ends” at stage 140, where you can reset it and start over, with some great new mechanics and Ancients that help you through the game, with the only goal to unlock more and level them up as much as possible. And if completing stage 140 sounds impossible right now, when you’re probably stuck at stage 50, don’t worry – it will get easier and easier. Until then…

2. Buy upgrades/heroes based on damage
Pretty soon after you start purchasing upgrades to your heroes and new heroes, you can realize that it’s less cost effective to actually upgrade them than to buy new ones or purchase the later/more expensive upgrades. Always calculate how much you would get in terms of DPS (because that’s what you’re usually getting with new heroes and upgrades) per coin. In other words, if you have an upgrade that gives you 1,000 DPS and costs 5,000 coins and one that gives you 5,200 DPS and costs 20,000 coins, it’s always a better idea to wait and get the bigger number of coins for the best upgrade.

3. Be smart when it comes to upgrading
My way of upgrading is – I like to think that – smart. When I log back into the game after a break and a ton of money is waiting for me, I use those to upgrade the best hero that I have, then I work my way downwards until I have no more money. That’s when I start working on the very low level heroes: getting to unlock their level skills (at 25, 50, 75 and so on) provides amazing boosts eventually, so it has to be done. So unlock and upgrade your big level heroes first, after a break, then as you play focus on the lower levels to max them out and unlock all skills, then work your way up. This gives you a nice balance in the game and keeps things moving as fast as possible.

4. Be prepared to spend a few days first to beat level 140
With all upgrades and optimizations, you will still need, most likely, at least a couple of days to beat level 140 for the first time. Don’t panic – future runs will become easier and progress will be a lot faster, especially since you’re reading this article.

5. Amenhotep’s Ascension Upgrade
The truth is that you can actually use Ascension even before stage 140, by upgrading Amenhotep – but you shouldn’t. Ascension basically resets the game and you start over, normally with a few extra goodies. But if you don’t get to level 140, you could miss on some Hero Souls, which you should really not, because they help you progress a lot faster.

6. So… what are Hero Souls?
You get Hero Souls and carry them over after an Ascension for each 2,000 levels that your heroes have before using this, combined. However, you can get a ton more by defeating bosses, and especially the Stage 140 Boss if he’s a Primal. That’s why it’s not really worth doing anything until you defeat the level 140 boss (which might not be a Primal, but it’s still worth the “risk”)

7. Don’t rush into purchasing Ancients!
Every Hero Soul that you have, when restarting your run, gives a 10% boost to all damage that you cause in the game. This is extremely useful – and actually more useful than purchasing an Ancient early on. You will see what I mean when you will cruise through the levels a lot faster than you did on your first run! So don’t spend them on getting Ancients, because at this stage these Ancients won’t give you as much as a boost as the Hero Souls themselves will. Instead, wait for you to have at least 50 Souls before purchasing your first Ancient!

As you keep playing, you will see that it’s worth it and that all the new mechanics and boosts that get unlocked will have you playing even more. So keep on playing and have fun. And, of course, if you have extra tips and tricks for us – let us know by commenting below!