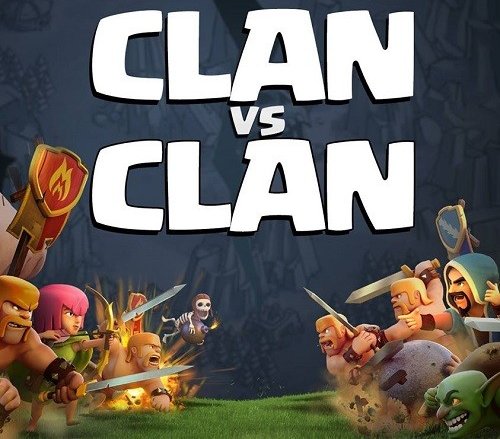 The biggest Clash of Clans update has just been launched and it introduced a feature that everybody demanded for quite a while now: Clan Wars! I am here to share with you a complete guide to Clash of Clans clan war: how to join an alliance, how to start a clan war and basically everything you need to know about this exciting brand new feature of this game.

So, since it will probably be a long article, it’s better to get it started. Here is Touch Tap Play’s Clash of Clans clan war guide!

First things first: in case you haven’t done so already, you must do the obvious in order to get the chance to participate in a Clan War: rebuild your Clan Castle and join or create a Clan. Now the fun part begins!

When there are 10 eligible players in the clan, the leader and co-leader have the option to start a clan war. You will be matched with a random opponent (so, for now, no options to start a direct war with a specific clan!) and the two day process of the Clan War begins.

Pro tip: Why am I in Spectator Mode during the Clan War in Clash of Clans
Answer: Because you are either ineligible (you left your previous clan while it was still in war, and you will become eligible after the war ends) OR you have joined your new clan after the Start War button was pressed by the leader/co-leader. Finally, if none of these applies, the Supercell team said that some players might be placed in Spectator Mode to balance the wars. The players put in spectator mode in this situation are those with the lowest trophy count in the clan.

Now that the problems are solved, let’s learn more about the Clan Wars mechanics in Clash of Clans!

The Clan War takes place over two days. The first one is dedicated to preparation. During this time, you will create your base for defense (since you won’t use your main village) and fill up your Clan Castle with defensive units. You can see all the bases – participants in the Clan War on the new map. It’s important to know that the towns there are aligned from the most powerful one to the weakest one from the top to bottom.

Here is what Supercell themselves had to say about the new villages/war bases that are used in the game for the purpose of Clan Wars:

During the preparation day it’s extremely important to build and donate defensive troops to all your clan mates. In order to do so, you will have to tap individual bases on the map and donate troops directly. You can’t request troops for your war base – you need an active team in order to succeed!

After the Preparation Day is over, the actual battle can begin. Each player can attack twice during this time, but you cannot attack the same target twice. It’s best to target the player which will give you the most stars and which you can beat, of course.

Pro tip: Try to watch replays, if available, if attacks have been made by your clan mates on the same target. This way you can see which attack strategy works, where are traps placed and gain other valuable information on how to approach the target.

Pro tip 2: Only the best attack (the one that got the most stars) will count per each opponent. So a good idea is to talk with your clan mates and try to spread out attacks to destroy all your enemies and get more stars. In the end, if all of you attack just two players, you will get less stars than if you would’ve attacked 10 players and got just 1 stars on 8 of them.

The clan that wins the Clan War automatically gets a lot of bonus loot. Also, the losing clan gets some loot. A new war can be started as soon as the previous one is over.

The most important element in a Clash of Clans clan war is clearly the War Base. This is basically your village copied into the War Base. There is one huge change to consider: you don’t have to defend your resource silos, but the Town Hall as you want the enemy attackers to get the least stars possible with their attacks. So you definitely want to rebuild your base for war and improve your defenses.

Also, you don’t have to complete the upgrade of your buildings to have them operational during the war. For example, if you have a level 5 tower and have it upgrading to level 6 when the war starts, your War Base will have a working level 5 tower for the duration of the war.

I hope that this Clash of Clans Clan War guide answers all your questions. If you have other strategy tips to share with other players or any other questions about this amazing new feature, don’t hesitate to ask! 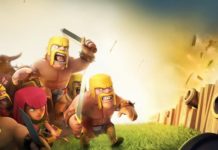 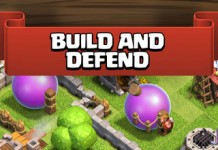