CivCrafter is a brand new game by Naquatic, the guys behind GunCrafter (among other things) and I must admit that I got hooked on this title as soon as I installed it on my iPone. It’s simply amazing and complex and requires some strategy, even though it looks at first just like another endless clicker game. But if you played it, you know it isn’t so and I am here to give you a helping hand to build the ultimate civilization in the game with some CivCrafter cheats and tips for a complete strategy guide.

So let’s not waste any time, there’s a lot to do in the game, so let’s move on and check out the CivCrafter tips and cheats below – they are best suited for beginners and an advanced players strategy guide is incoming!

1. Start by building a large population
Getting started is extremely slow and getting to a decent size takes some time, but your main focus early on should be to increase your population. Build at least 25 huts, but I would ideally go up to 100 population as soon as possible. Even though you will have most of the workers as farmers to keep your food on the plus, things will change soon. But get to 100 population as soon as possible to have what to work with.

2. Collect the resources yourself
Even after unlocking the science that allows your collectors to find the special items (skins, ore or herbs) I found out that I can get a ton more by tapping the resource icons myself. So invest some time on tapping to maximize your Skins and Ore (although Herbs will come automatically). You will need them!

3. Max out the Stock limits
Work your way up to 2,000 to start with, but you can go as high as possible because you will never have too many resources. Also build at least a graveyard to keep the mood of your people high in case you start losing people. But build up your storage capacity as often and as high as possible.

4. The infinite Skins / Leather trick
Of all resources, the easiest it is for you to get a ton of Skins and then turn them into Leather because food is the only resource that gets depleted automatically. Here’s how to do it: max out the number of farmers to produce a ton of food and when you hit your limit (or a safe amount like 2-3,000 food for starters), simply remove the farmers from the job and your food will go down. Before it reaches zero, add the farmers back to work and they will start collecting food once more, producing Skins which can be turned into Leather. This is the easiest way to approach this and probably the only resource you should always have enough of!

5. Attack with a maxed out army
After building the barracks, attacking a Thorp should be best done with at least 20 soldiers, although I would recommend going even higher to minimize your losses: the more troops you have compared to the troops of the player you attack, the fewer troops you will lose.

6. Defend with a maxed out army
You can get raided even when in the game, so you should always have the maximum number of troops you can afford ready to defend your civilization. However, I found out that early on you only lose a tiny amount of resources when raided, which might actually be lower than what you lose by losing troops (in terms of special items), so it might be a good strategy to have no army at all. But the larger your civilization gets and the more resources you have, the more you will lose and that’s when you should defend with a maxed out army.

7. Take advantage of the regular trades
Every now and then, in the shop, you will get a trader that will offer you some resources for a different type of resource. That’s only available for 60 seconds, but sometimes you can get some amazing deals from that, so keep an eye on the chest icon on the bottom of the screen and do the trades that are advantageous (usually, trading basic resources for specialist ones).

8. Keep researching
Of all things in CivCrafter, researcher takes a lot of time and you should make it your main goal to meet the requirements to start the research as soon as possible. This way, you will unlock more building types and improve your workers – which are required things to guild up your civilization.

These would be, for now, our CivCrafter tips and tricks to help you start up your civilization. A new guide for more advanced players will be published shortly, so make sure to check back with us if you need extra help. And don’t hesitate to share any extra tips you might have by commenting below! 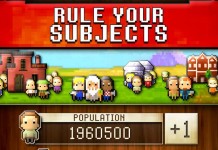 CivCrafter: What Is the Wonder, What Are Cats For & Are Dragons Good? 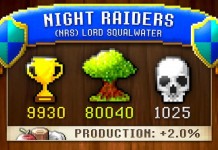