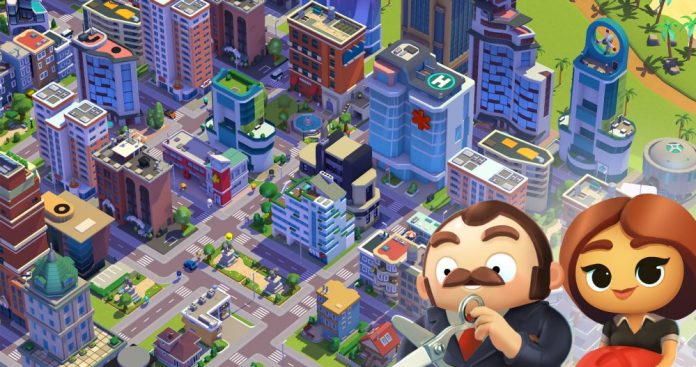 Gameloft have decided to join the city building mania on mobile with City Mania. Their take on SimCity BuildIt and other similar games is really nice actually and you will have a lot of fun playing the game and trying to develop the best city that there ever was. And we’re here to help you get there faster by sharing a bunch of City Mania cheats and tips in a complete strategy guide for the game.

It’s true that there are a lot of ins and outs here and many things to consider, but fortunately some work great for all players and in all circumstances, so let’s not waste a single second and let’s talk about these things! Read on for TTP’s City Mania tips and cheats for building the ultimate city.

1. Build houses like there’s no tomorrow
The easiest way to level up and unlock new things in the game – as well as actually developing a city with millions of people is to keep building houses. You need to place construction sites in order to do so and as soon as one turns into a house, a new one is available for placement so in theory you can do this indefinitely.

UPDATE: After extensive play and getting to unlock more services, I came to realize that this strategy is not that solid. Build just enough houses to have a steady cash flow, but don’t do it like there’s no tomorrow. The problem is that as you unlock new services in the game (Police, Hospitals etc) every house will demand it. Combine the low area of effect for each and the fact that you have very limited space and you will have a big problems soon. So the best thing to do is to build a decent amount of houses and focus on max leveling them, then combining them to get them even bigger and better. A ton of houses don’t work that great in the game with limited space!

2. Services and Entertainment for the population!
Try to paint a picture of how your city will look like as it grows. Mindlessly building houses wherever you have a free spot won’t result in a city full of happy people and you need to keep your citizens happy in order for the city to run flawlessly. The most important things to consider here are services, factories and entertainment.

In other words, make sure that your houses are covered by all the services available in the city: from safety to water and electricity, while also being far away from factories and power plants that produce pollution. Try to build parks and other entertainment buildings in areas that affect as many houses as possible in order to keep your citizens happy. The rule is that a happy population is required for running a top city.

3. Place your Bizzies smartly
Bizzies are extremely important as they offer huge boosts to important buildings in the city. They all have some sort of a specialization, meaning that you can’t place a Bizzie anywhere, but in most cases you have a few options. The idea when placing a Bizzie is to have them in a place where they’ll be most useful and my suggestion would be to go for services first. Doing so is vital because they will either increase the area of effect of the building they’re in or help produce more (in the case of water towers, electricity buildings and so on). So try to place the best Bizzies in the largest such buildings for maximum gains.

4. Work on getting Bizzies for your Star Power Rating
Bizzies are also importing for increasing your Star Rating. The higher this rating, the more advanced buildings you have at your disposal. For example, the first star rating milestone unlocks the Medium Factory which produces a lot more electricity. Just tap your Star Power icon to the left of the screen to see what you will unlock next.

You will unlock more Bizzies in the game simply by playing and getting the free crates, but you also have a daily option to start working on getting cards for a specific Bizzie. That is pretty difficult as you need to spend a ton of usually hard to get resources in order to unlock them, but it’s worth trying in order to speed up the process. Just make sure you work on those requests when you have a lot of time (or resources), otherwise you can end up empty handed!

5. Expand your Storage
Storage is extremely important in the game. Soon after starting playing, you will have a ton of buildings that will produce a ton of things. And since you need to keep your items in storage as varied as possible, getting more storage space is vital. It’s not an easy process, though since you need premium materials which are not easy to get.

You can get the materials required to upgrade the storage from crates, but also from rewards offered by Bizzies after upgrading a house or placing a new building. Alternately, you can purchase the materials for 15 Cash each, but that’s pretty expensive since you need a lot of them. However, early on when the requirements are not huge, you could spend some Cash on upgrading your storage a bit.

6. How to expand your City
Simply tapping the lots nearby your city opens up a menu that allows you to purchase those lots and expand your city. But not all lots have the same price, so make sure you move through them and get the one that costs the least: this makes it a lot easier to expand.

7. You can move buildings around and demolish buildings
Tap and hold any building in order to be able to move it around. This is extremely useful later on in the game, especially if you didn’t plan the layout of your City Mania town early on. If, for some reason, you want to completely remove a building (for example in order to replace a smaller factory with a larger one), you can do so by selecting the “Demolish” button in the lower left corner after tapping and holding over any building.

8. Optimize factory production
As soon as you log in to the game, it’s best to collect all resources your buildings have produced and have them work on new items that take the least amount of time. The production will usually be ready as you see for your business and collect and so on. Then, when logging out of the game and leaving for longer periods of time, have your factories produce the items that take the most time. The point of the game is to always have your factories producing and optimizing this process makes the difference between a quick and a painfully slow progress through the game.

If you want to get even more advanced here, you should try and keep track of the requirements for upgrading your buildings (or requirements for filing Bizzie meters) and work on those products first.

9. Fuse Buildings
There are many gameplay elements that you unlock as you progress through the levels. One of them is Fusing Buildings (once you reach level 13) and this is an interesting method to make your city really stand out.

In order to Fuse buildings, you need two buildings that have a maxed out level placed near each other. Then you have to spend some resources, but the result will be extremely impressive. This is also the best way to get more from your limited space, so try to fuse buildings often and fast in order to grow your city as fast as possible.

These would be, for now, our City Mania tips and tricks. If you have other suggestions of your own – or even questions – don’t hesitate to let us know by commenting below. If not, stay tuned as we’re preparing even more in-depth guides for this awesome game created by Gameloft. 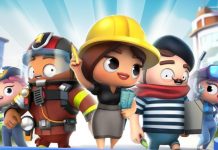 City Mania Guide: How to Get More Bizzies Fast