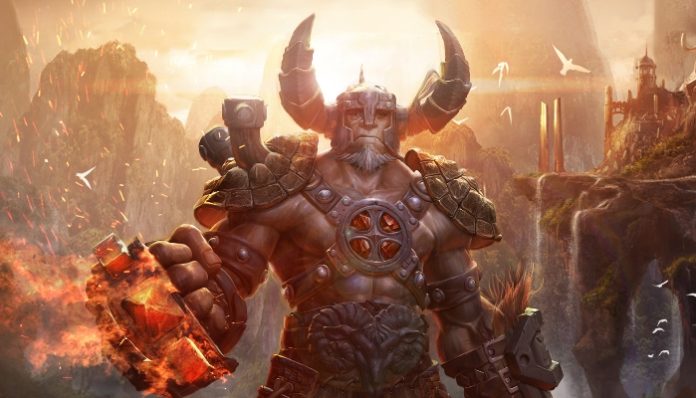 The fate of the world lies in four warrior souls, and it’s up to you to lead them to victory! ChronoBlade is a side-scrolling beat’em’up full of high octane action, stylish combos, and of course lots of monsters to beat up. Choose from one of the four heroes to embark on a journey through fantasy lands. Learn their moves, build their gear, and pummel your foes into oblivion with the help of our ChronoBlade cheats and tips.

ChronoBlade is surprisingly faithful to a true console brawler experience, so naturally there’s lots of in-depth stuff here for the combat system. So, let’s get started with our ChronoBlade cheats, tips and tricks strategy guide!

Change up your equipment for different stats!

Equipment in ChronoBlade is split into sets for each character. Equipment also isn’t a straightforward deal, meaning that your new sets won’t make your older sets completely obsolete. Each set has its own stats and resistances, and sometimes it’s better to use an older set.

For example, Aurok’s starting set, the Bestla Set, focuses solely on the Earth element. You’ll gain increase Earth critical damage and resist while wearing this set. His second set, the Gyalp Set, sacrifices a bit of Earth bonuses for Water and Fire boosts.

Before you enter a map, you’ll see what kinds of elements the enemies will be using and are weak to, so you can plan and change up your equipment accordingly. Knowing is the half the battle!

Use up your Skill Points before you start!

Character skills must be leveled using a combination of skill points and gold. You already know how to gather up gold, but skill points are a little different. You obtain them automatically over time, and they cap out at 10. Because of this you should use them as soon as you hit your cap so that you start generating more over time. Just keep in mind that your skill point pool is universal and NOT exclusive to each character, meaning that you should probably focus on powering up your favorite character’s skills.

To earn precious crystals, you’ll need to complete as many quests as you can. You can check what quests you have by going to the main menu. Campaign quests are quests you’ll naturally complete as you play through the main story, while the Daily Quests are ones that you may have to go out of your way to complete. While Daily Quests don’t reward crystals, they’re still worth it with the good amount of experience points and gold they offer.

If you’ve checked the move list for your character, you may have noticed that a couple moves are marked by a broken red shield. These moves are unblockable, and they do heavy damage. You can usually perform them by either holding down your heavy attack, or by guarding then light attacking. Keep these moves in mind when you’re facing a guarding foe or if you just want to lay the smack down on them!

Conversely, boss enemies can use unblockable attacks as well! They’re marked by red zones warning you to get out of the way. The dodge manuever (double-tap the block button) is useful for this. Be careful if you have auto-play enabled, as the AI doesn’t bother to dodge any attacks, including unblockables. You may end up pretty hurt if you use auto-play during a boss encounter!

Almost any of your light or heavy attacks can be jump or block canceled. What does that mean, exactly? Well, during the animation for one of your attacks, try jumping or blocking. Your attack will immediately end and your character will perform whatever action you’ve inputted. This doesn’t sound like much, but when used properly it can have devastating results.

Jump canceling is perfect for when you want to go airborne and air combo your foes. Air comboing is great because you’re usually out of reach of other enemies, so they can’t knock you out of a good combo and we all know how annoying that is. Jump canceling can also get you out of sticky situations if you’re locked in a long heavy attack animation.

Block canceling is also a good maneuver to use when you’re about to run right into an enemy attack. If it’s not an unblockable attack, block canceling will keep you safe. Also, you can actually use this offensively as well. By using block canceling to stop long animations, you can effectively create your own combos and mixing up moves. Like we said, mastery of these two techniques can decimate your foes!

That’s all for ChronoBlade! If you’ve got any other tips or tricks to share, let us know in the comments below!