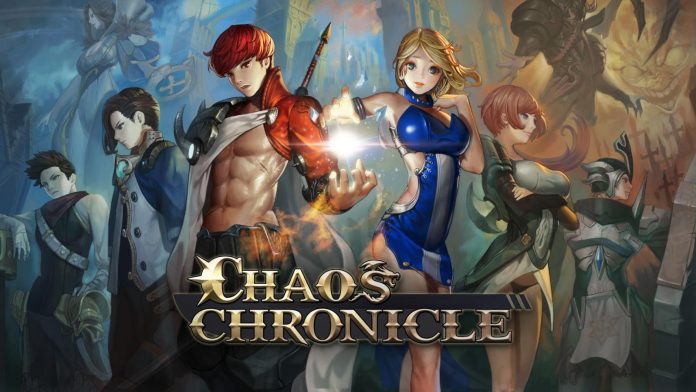 Popular free-to-play developer Nexon has released their newest RPG for iOS and Android: Chaos Chronicle! Chaos Chronicle is a team-based action RPG that has you assembling a squad of magical fantasy heroes and creatures to fight through a horde of evil creatures. Like many other hero collecting RPGs, there’s a lot to do here so let’s get to work with our Chaos Chronicle cheats, tips and tricks strategy guide!

When a monster readies a skill, you’ll see an exclamation mark flash over their head, accompanied by a special sound effect. During this time frame, if one of your heroes uses their skill and damages the monster in question, its skill will be canceled. This technique is crucial for the later boss fights, as allowing them to get their special skills off will almost guarantee one of your heroes dying.

Keep in mind that your skill actually needs to damage the monster in order to interrupt them. It’s best to use skills that come out instantly like a Basic skill rather than a Targeting skill. For the most part, leaving your squad on auto-play will usually do the trick as the AI is pretty good about cancelling skills, but for difficult boss battles you may want to take manual control.

As you learn in the tutorial, you can add onto your heroes’ base stats with bonus stats, at the cost of some gold. You get a lot of gold early on through normal play. By doing just the first chapter and quests, we ended up with over 200k gold afterwards. Considering that it only takes a couple thousand gold to level up most of the starting heroes, you should always be constantly upgrading your heroes’ bonus stats. The only thing that will really start to make a dent in your bank reserves are creating and slotting the Enhancement Crests.

As per the norm, the most important currency of hero collecting games is the premium currency. Rubies allow you to buy contracts, which allow you to recruit new heroes. Here are all of the best ways to earn more rubies without spending real money:

You can send social points to your friends once every day. You get credit towards achievements when you do, and hopefully that gives your friends incentive to send some back. Social points are a secondary currency that can be spent on basic contracts, stamina recovery, among other helpful things. Opening the friends list will bring up a list of random players you can add, so add away! You can also join a guild, and while it doesn’t have any direct bonuses towards your social points, you can get bonus gold and stamina depending on how many people are active in the guild.

Besides the obvious contract recruitment, there are also other methods of gaining new heroes.

6. Have a balanced party!

You can bring up to five heroes on a mission, and conveniently there are only five hero classes in the game: defense, charge, ranged, magic, and supporter. Each class excels at one aspect but is weak in another; for example defense heroes are sturdy front line attackers that are great at soaking up damage for your squishier back line heroes, but they don’t deal that much damage themselves. Having too many of one class can make your party unbalanced, unless that’s what you’re going for. If you’re just trying to make it through the levels, generally a balanced party is better.

That’s all for Chaos Chronicle. If you have any other tips or tricks to share, let us know in the comments below.