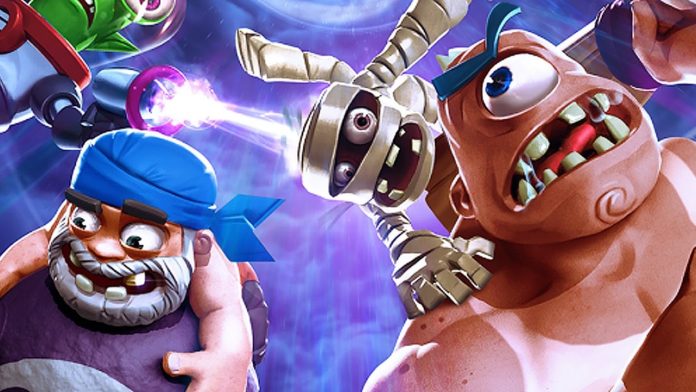 It’s all about practice, knowing your troops, and little bit of experimentation to beat your opponents. We’ve got tips on all that right here in our Chaos Battle League cheats, tips and tricks strategy guide!

Read up on your troop cards!

Since all troops in Chaos Battle League come from all sorts of periods and eras, you can expect to them each have their own individual movesets. Every single troop card in the game functions differently than the others, so it’s in your best interest to read up on each one. Try to figure out their strengths and weaknesses. For example, what kind of troops are your own able to target? Ground and air? Or ground only? How fast do they move? How sturdy are they? There are a lot of important factors to know of when it’s time to build your deck! Generally, the rarer a card is, the better its stats will be. But…

With that said, don’t just load up your deck full of your highest rarity cards. The more rare a card, the more energy it’ll cost to summon, so if you have too many of these you might be left wide open with no energy! You’ll want to strike an even balance between energy efficient troops and high energy power troops. Too much of either side will leave you too powerless to make any substantial moves or too costly which increases the risk of big counterattacks.

Try out all the different types of cards!

To be more specific about the cards, they come in three different types: troops, buildings, and spells. You can mix and match any of these cards as you wish.

You can nab a free TOASTR for new cards every couple of hours. Be sure to check back whenever its ready so you can add it to your queue. Chaos Battle League uses the loot method of unlocking chests, and some of these TOASTR can take up to three hours to open. Try to ensure that you’re always working on a TOASTR!

There in so quick way to victory in Chaos Battle League. Like the many games that have come before it, winning is achieving by experimenting with your own decks. Try out new cards when you can and see which cards synergize well with each other, and try out different strategies. Why not try leading the charge with a troop that has a ton of health so that they can soak up hits while your more fragile troops sneak up from behind?

That’s all for Chaos Battle League! If you’ve got any other tips or tricks to share, let us know in the comments below!