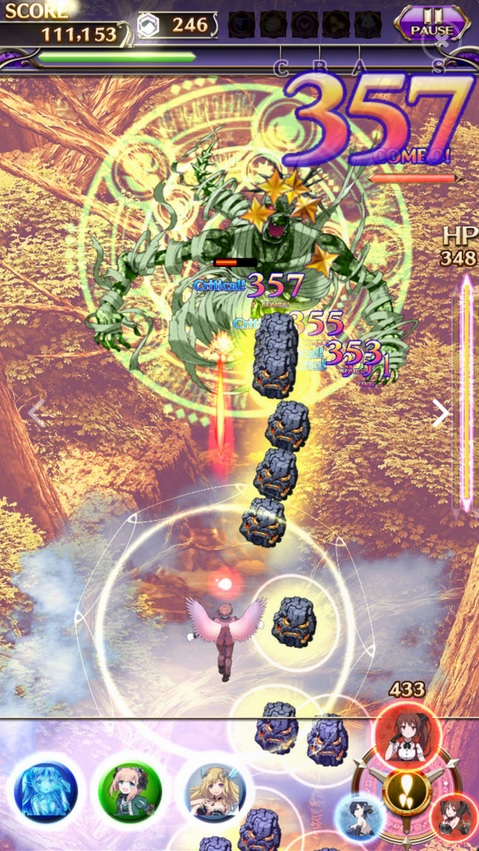 Cave is a team that needs no introduction as it has developed several successful shooter gaes as the DoDonPachi series and several others. The team has now announced that their next game, called Mahouotome, will be released on the App Store this April in Japan.

In Mahouotome, players will have to take control of a group of maidens who has to save the world from a terrible menace. Each playable character comes with unique powers as well as two different types of shots that can be more effective depending on the enemy type. Just like in several other shooter games, players will also have to shoot down a huge number of enemies and finally deal with a huge boss at the end of each stage.

Mahouotome looks like a really exciting shooter game but we may not be able to enjoy it in the West anytime soon. Cave has recently shut down its official English website and it seems like the team is no longer interested in bringing its games outside Japan.

Mahouotome will be released on the App Store in Japan on April 16th. We will let you know more about a possible release in all other regions as soon as we hear more about the matter so stay tuned for all the latest news.