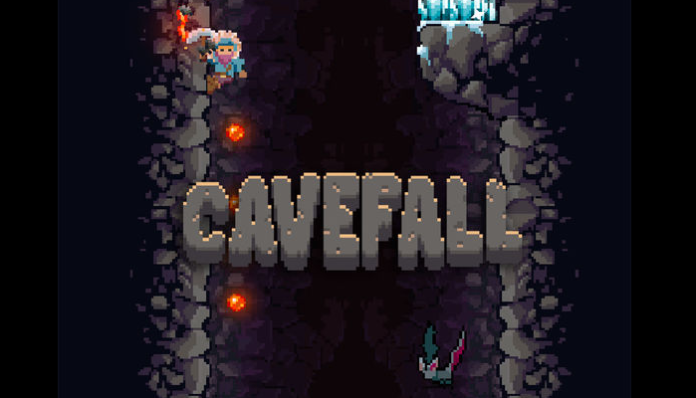 Destroying at least three monsters within a short time window will start a score combo! Your combo will start at a x1.3 multiplier and yellow gauge will appear. Your combo will end once the gauge empties and your final score will be tallied into your current score.

Your character doesn’t have to hit the opposite wall before you can jump again. This means you can perform some crazy flips by tapping to launch yourself then immediately tapping again to land back on the wall you were initially on. This “quick flip” sounds sort of pointless on paper, but it’s actually really useful in a number of situations.

The “Extra Speed” unlock is useful for making these quick jumps easier. This upgrade makes your jumps lightning quick, allowing you to perform some speedy maneuvers.

Collect the pages to advance!

Each section of the mysterious cave holds three lost notes for you to collect. These notes detail the adventures of an expedition team who entered the cave before you. These notes become more grim the further you go down, leading us to an ominous conclusion. You’ll see these notes randomly as you traverse the caves, and you’ll need to pick up all three before the next section of the caves unlocks.

Some of these notes will be lying around in plain sight waiting for you to collect them, but some will be hidden away in a tricky contraption. Pay attention to the environment because you might need to hit a switch or something to be able to get to the note!

Watch out for the unique obstacles!

Each section of the cave is riddled with traps and obstacles, and some of them house their own unique designs as well.

That’s all for Cavefall: Endless Adventure. If you’ve got any other tips or tricks to survive the Cavefall, let us know in the comments below!