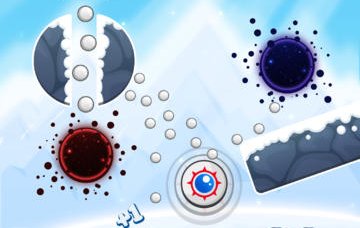 Have you been spending a lot of time trying to get a high score on Catch The Balls? Are you worried that one more seemingly random failure will make you snap and chuck your iPhone in a vat of battery acid? Well we can’t promise a perfect game, but before you do anything rash here’s some cheats, tips, and tricks to boost your score.

Catch The Balls is a pretty simple game. Getting through the levels isn’t much of a challenge, and the competitive side of the game – leaderboard play – is only active in 300 Ball Mode. That’s what this guide is going to focus on: the Catch The Balls cheats, tips, and tricks to lift you up the leaderboards.

This may only work if you have frame rate issues, but there’s a problem with the collision detection that means if you move the cup quickly towards a missed ball it might actually go through the walls of your cup. This works just as well for a group of balls as it does for a single stray. There is a downside though; sometimes moving will mean balls you thought you’d scooped up will break out of the cup. You’ll have to gauge the risk/reward for picking up extra balls. It might not be worth risking the loss of five balls to pick up one, but it’s probably a good idea to try to score a missed group of balls if you’ve only got one or two in the cup.

2. Never use the restart button.

Seriously, this will help. “Keep your eye on the ball” is a great rule if there’s only one thing to focus on, but in Catch The Balls! there’s rarely just one target to scoop up. Think of the balls as a swarm of bees. You’re unlikely to catch them all, but focusing on a single bee you’re missing the chance to trap the group. Keeping your mind on the big picture will help keep you from getting stung by regret as you realize too late that five balls have passed by while you were chasing one.

Catch The Balls! actually uses a lot of processor power to track all the balls as they bounce their way down the screen. This means any apps you have eating up memory by running in the background will take a bite out of your score as well. If you’ve got an older phone, this can be a real problem. You can speed things up a bit by double-tapping the home button to bring up a list of your running apps, then swipe the app screenshot to clear the program from your phone’s memory. You’re not deleting the app, just making sure it’s not running while you’re trying to get a high score.

5. Yes, the guys with a perfect score were cheating.

It’s pretty easy to adjust high scores if you’ve taken the risk of jail-breaking your phone, so don’t feel bad you’re not sitting at the top of the leader boards. Since Touch Tap Play would *cough* never *cough* encourage such behavior, we won’t link you to the many guides on the web that show you how to do this. It should also be noted that in addition to voiding your phone’s warranty, cheating by jail-breaking after the launch of iOS 7 runs the risk of additional developer penalties, since Apple provided some anti-cheating features with the update. Right now it might not look like it’s working, but as more developers figure out how to use these features it might get a lot easier to get a high score by relatively honest effort.