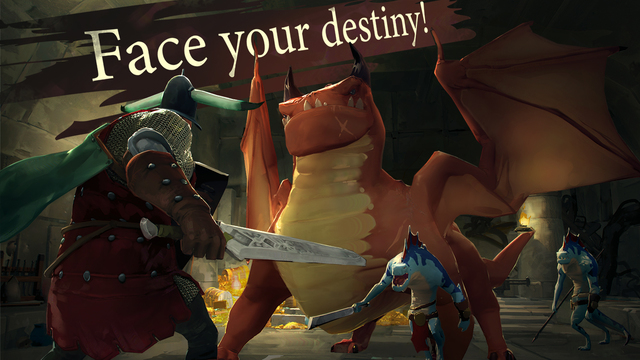 The world is no more. Covered in a blanket of darkness, the world now hides many secrets and treasures, and it’s up to you to adventure and discover them! Catacomb Hero is a unique action RPG mixed with a base management game. Explore the catacombs to find riches and legendary equipment, but make sure your base is protected from other players! We’ll help you explore and fight off the darkness with our Catacomb Hero cheats, tips and tricks strategy guide!

The green bar below your HP bar is your stamina gauge. Just about every action you make in this game requires a bit of stamina, and if you let yourself get exhausted, you won’t be able to do anything! Swinging your weapon, blocking attacks, rolling, and using your ability all cost stamina so make sure to keep an eye on it. Regular attacks can still be performed with no stamina, they’ll just be slower and do less damage. If you’re tired, back off from a fight and let yourself catch a breath for a second!

You’ll notice that early on, the dungeons mob you with a ton of enemies but they don’t dish out that much damage to you. This is a small misdirection – the dungeons end up being really long in this game, and it becomes a battle of attrition! Carelessly letting yourself get hit will eventually wear you down in the later levels, so be careful! Utilize your dodge roll to get out of sticky situations quick. It costs a little bit of stamina to perform a dodge roll. If you know you won’t be able to get out of the way, enter defensive stance by tapping the green button. You’ll hold your shield up and any damage you take is greatly reduced.

Once your beginner protection wears off, your home base will be open to attack by other players! Before your protection wears off, ensure that your base defenses are up to snuff. The most important thing to protect is your gold chest – if the enemy gets to this, they’ll take a bunch of your coins! Place traps around and put plenty of enemies for your would-be thieves to deal with.

4. Synergize your traps and monsters!

Don’t just randomly stuff your base full of traps – think about where they’ll work best! For example, your starting traps are bombs, mantraps, and crossbows. Try to position the mantraps so that your crossbows nearby can get free shots on the intruder. Narrow corridors can work really well for that! Also, while you’re at it, throw in some monsters nearby to pester them. Try to plan and think out your placement! Remember that you can upgrade monsters and traps to make them even more effective.

5. Keep your base production up!

Monster brewing and base construction are considered two different things, so they don’t take up the building queues. So, you should always have a monster in the works alongside a new trap or an upgraded old trap. You always want to make sure you’re prepared for anything… and by that, we mean other players invading, of course!

6. Use your ability and strong attack!

Your starting active ability emits a frost nova around your character. This greatly slows down nearby enemies, so don’t be afraid to use it in a bind. Next to your regular attack button is a red button with an axe. This is your strong attack. As you can probably guess, it hits harder than your regular attack, but the actual swing comes out slower than the regular swing. On the plus side, it uses less stamina than your regular attack for some reason, so use this mode of attack often!

That’s all for Catacomb Hero. If you have any other tips or tricks to share, leave a comment below!