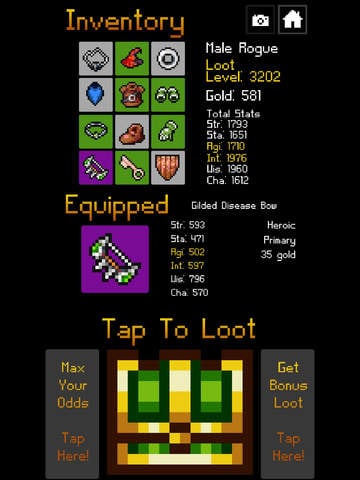 Amazing Loot Grind is a new casual role playing game developed by Star Penguin games. As the name implies, Amazing Loot Grind’s main focus is on loot, with players being able to collect over 1400 unique items. What makes the game different from other role playing games is the fact that all the more time consuming elements of role playing games such as dungeon exploring and monster battling has been removed completely. The game literally revolves around loot: players just have to open chests, get loot and equip it to increase their chances to get even better loot. Getting random loot has never been faster than this.

Amazing Loot Grind is now available for download on the App Store for free in all regions.