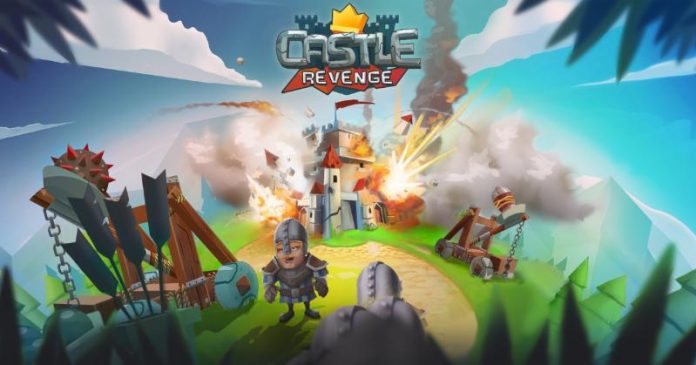 Castle Revenge is Angry Birds with a competitive multiplayer twist! Build your own castle using a variety of fortifications and defense towers. Our Castle Revenge cheats and tips will help you build a super sturdy castle. Other players will attack your castle and try to take it out by flinging stones, bombs, boomerangs, but of course you’ll get a chance at taking out theirs!

You can get anywhere from 1000 gold and mana whenever you take out an opposing castle. The cap on your resources is very small early on, so you’ll want to build the extra storage structures as soon as you can. Each Mana and Gold Storage greatly increases your cap on that respective resource. You can also upgrade them to increase you cap even further, letting you stockpile lots and lots of resources!

Castle Revenge starts you off with 300 rubies, the premium currency of the game. You can buy an extra builder with 200 rubies. We highly recommend doing this as it will effectively double your castle expansion speed since you’ll be able to build two things at once. Ultimately the choice is yours but there’s just too much good to be had from a second builder.

Load up on the right ammo for the job!

Make sure to stock up on lots of ammo before you take on an enemy castle. Each type of ammo is good against a specific type of building. The game is a little vague when it comes to what is considered what, so we’ll break it down for you here.

Scout your enemy – knowing is half the battle!

You can Scout an enemy castle to check it out before you commit to an attack. You should always do this so you know where to hit and which ammo to use. You can also use the Search command if you prefer an easier target. This action costs 10 rubies and is generally not worth it unless you really have no where else to go. Searching a castle will change it to a different one.

Always try to scope out the thinnest or weakest part of the castle, just like you would do in Angry Birds! Taking out connecting structures or bottom support structures will cause other parts of the castle to weaken and collapse, hopefully taking out other pieces of the castle on the way down. Efficiency is the name of the game so you’ll want to be precise with your ammo.

That would be, for now, our tips and tricks on Castle Revenge. Write in the comments if you’ve got any other tips to share!