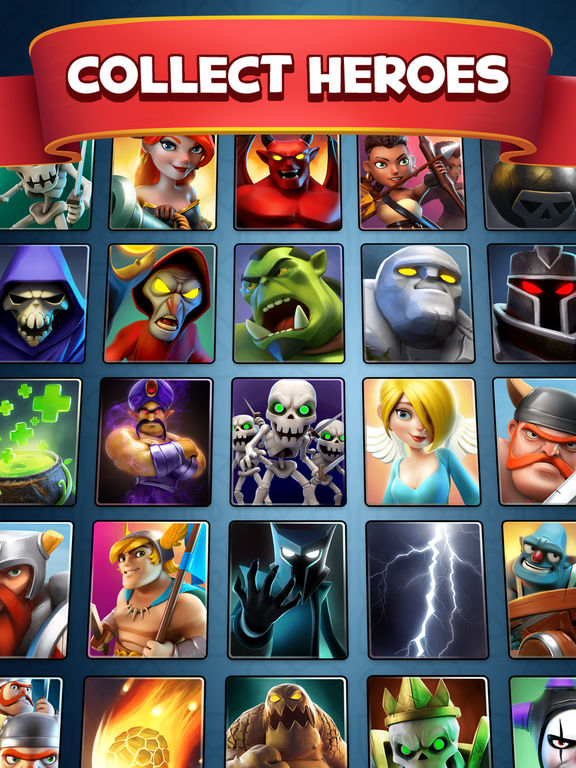 Defend your castle and crush opposing ones in Castle Crush! Castle Crush is a combination of real-time strategy, tower defense, and collectible card games. Choose from a variety of troops to build an army, then unleash them in real time combat using a mana recharge system akin to card games. It’s a unique blend of genres presenting a frantic and strategic mix of gameplay. We’ll help you crush the competition with our Castle Crush cheats, tips and tricks strategy guide!

A majority of the troops that specialize in dealing as much damage as possible often have low health to balance. They are also ranged attackers most of the time. You’ll want to defend these troops as best as you can, as they are key to taking out your opponent. Don’t send them in blindly, as they’ll just march to their deaths. Instead, try sending a tanky melee troop first to soak up damage, then send the ranged attackers after. They’ll be able to attack from a safe distance while your melee troops hold the frontlines.

Unless you’re going for a specific strategy, you’ll want to keep your deck balanced. This means you’ll need an even spread of melee attackers, ranged attackers, and even item cards like bombs. This also means that you should have an equal amount of cheap, low mana troops along with your heavy hitters that cost more than five mana. Building a deck that is comprised too much of either type of troop will result in an imbalanced match for you. You’ll have a very slow start – if at all – if you have too many high cost troops, weakening your early game considerably. On the flip side if you have too many cheap troops, you won’t be able to make a dent in your opponent’s army once the game has gone on long enough.

3. Start chest timers before you go!

The wooden chests are the first kinds of chests you’ll find. These chests only take ten seconds to open and they contain a random assortment of cards. The rarer the chest, the higher chances of better cards. The silver chest is the next tier, but it requires three hours to open! Be sure to start any chests you have lying around before you close the game. You can have up to four chests at a time.

4. Try to get ahead of your opponent!

Once you clear the tutorial castle, you’ll be going up against human players. The best way to gain the upper hand on your opponent is start strong, and we mean really strong! Playing offensively early on can sometimes work in your favor. If your opponent doesn’t know how to react to the troops you play, they’ll be on backpedal the entire match just trying to keep up with you. Basically, you want all of the match’s momentum to be in your favor. Keep hitting your opponent and control the flow of the match. Throw down a bunch of cheap troops, then surprise your opponent with a powerful high cost troop.

An important part of an early offensive rush is to utilize all three lanes. The more lanes you have covered, the more your opponent will have to react to. Try to split your forces evenly and don’t stack up too much on one lane. If your opponent has a bomb or some other area clearing item, it can turn the tables on you!

The shop has three slots for cards that you can buy. There will be a common, rare, and epic card. These cards are randomly chosen and cycle out every day. Make it habit of checking the shop every day to see what cards they have. They may have a copy of one of your favorite cards, helping you level it up faster.

That’s all for Castle Crush. If you have any other crushing tips or tricks to share, let us know in the comments below!