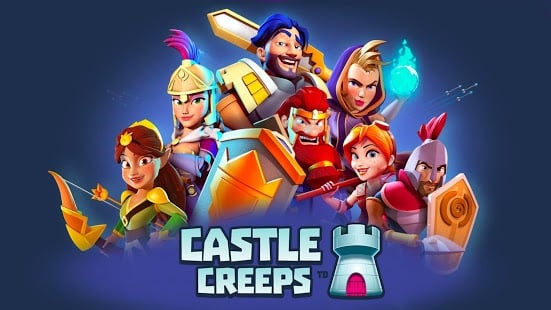 Castle Creeps is an amazing tower defense game available for mobile phones and we’ve already shared some tips and tricks with you. But today we’re going to get a bit more in depth by checking out a complete Castle Creeps TD Heroes Guide.

There are three heroes in the game at the moment of writing this, with more announced for future updates. Unlocking them is really easy: you have to reach a specific level and you have them! However, there’s more to it than just getting them. Each hero in Castle Creeps can be leveled up, upgraded and there are even different skins you can use in order to improve them or at least change their stats to meet your playing style. And, of course, there’s strategy involved as well!

We’re going to talk about all these in today’s article where we’re going to find out more about the heroes in the game. So let’s not waste any time and let’s check out the Castle Creeps Heroes guide below! 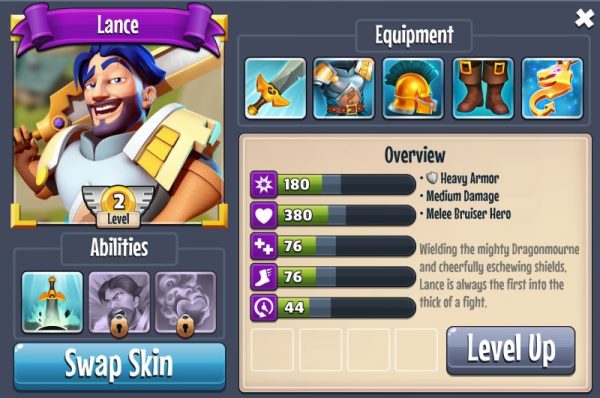 Lance is the hero you start the game with. He is the hero that loves to be in the middle of a fight. He deals good damage, has high health and heavy armor. His main skill is Ground Smash, which is great when there are multiple enemies around, as it deals damage to them all and also stuns them for a few seconds.

Lance has two passive abilities: Battle Cry (nearby friendly troops deal more damage) and Dragon Flame (each attack causes a “bleed” type of damage, meaning that the enemy will take small amounts of damage over time for a while). These passive abilities are unlocked at level 3 and 6 respectively.

Finally, there are three other skins that you can unlock and use for Lance in Castle Creeps: two of them can be randomly obtained from opening chests and they either increase movement for a loss in Health Points or increase Health Points for less Attack Damage. The latter sounds a bit better, but I am happy with the default Lance as well!

How to play Lance in the game?
He’s the hero that should always be in the heart of battle. Keep him nearby other Dwarf troops, and make sure to use his Special Skill when it matters the most. I suggest moving him on the battlefield to the more active and crowded areas, not only because that’s where his skill is best used, but because he helps friendly troops deal more damage and he does good damage as well. I usually pair him up with Stonelord (the second hero) in order to get the healing benefits. 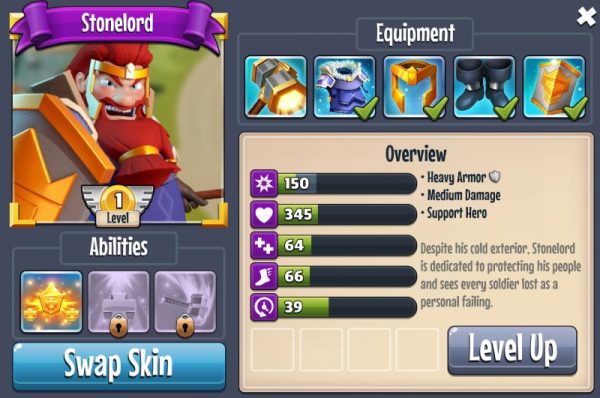 This is the second Hero you unlock in the game and you get him once you reach Chapter 3. He is heavily armored and does medium damage, but has a really important Special Skill: Healing Blast which instantly heals himself and all nearby troops. This is a game changer if used at the right time!

Stonelord has two passive abilities: Mending Aura which helps nearby units (including Heroes) regenerate health and Divine Strike which gives him a super attack every now and then. You unlock these skills when the hero reaches level 3 and 6 respectively.

Finally, there are two other skins you can get randomly from opening chests. One gives him a lot more Health Points at the cost of Attack Damage and the second Gives him better attack, but makes him slower. Personally, I wouldn’t use any of the extra skins and I would stick to the default one.

How to play Stonelord in the game?
I always use him in pair with Lance and always send them together at the same spot on the battlefield. His healing powers and abilities are extremely useful, so make sure you use them when there is a hero and friendly troops around. He is perfect for slowing down enemies and taking them out and I love using him in battle!

Stay tuned with us as we update our guide with the complete details on the final hero you can unlock in Castle Creeps, Elis!