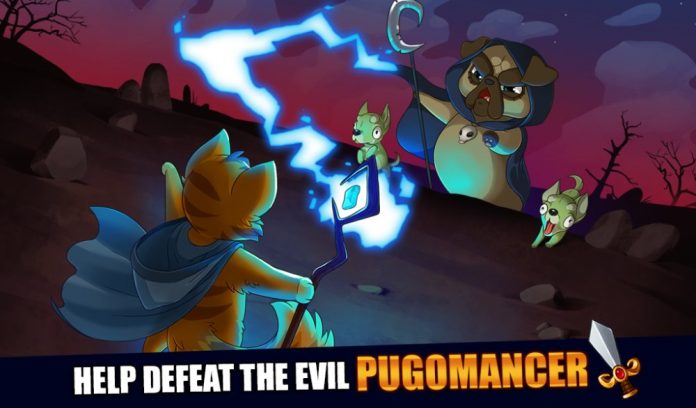 Castle Cats is an interesting, five minute break type of game available on mobile. Mixing endless clicker mechanics with time management and card collecting, this is a game that won’t need a lot of time invested in order for you to master it. And in today’s world, when we’re always busy, this is always a good thing.

But we have some Castle Cats cheats and tips for you in case you want to get better at the game or make sure that you do everything you should in order to progress as fast as possible. This game is pretty straightforward and there’s not much we can talk about in terms of strategy, but every little bit helps.

So let’s not waste a single second and let’s check out some Castle Cats tips and tricks below!

1. Log in often
Most of the quests require several minutes to be completed. Also, the resource producing units fill up really fast. Therefore, a good idea would be to try and log in as often as possible. As we’ll see later on and as you probably discovered already, the game doesn’t offer many chances to stay logged in and play, so it’s best to log in often in order to progress faster.

Once every 30 minutes should be just fine in my opinion: collect resources, restart quests and use all your energy in battle mode. It’s pretty easy!

2. Complete the Daily Quests
It seems that these are the same each day, so make it a habit to complete them. They reward you with coins and a free box if you complete them all, making it very easy to collect more cats.

3. Get all the freebies
There are many freebies in the game and you should do your best to collect them all. We have the Owl Courier which is available each day and you should always watch the ad in order to get 2,500 coins instead of 500.

You also get a free daily reward for each consecutive day you log in. And you can also shake a cat or more for some free money: shake the cat until no more gold purses drop. Collect the dropped ones and shake again. Do this until there are no rewards from doing it.

4. Resources & Upgrades
The resources you collect in the game are only used for upgrading the resource producing items, as well as the Fortress and Questboard. It’s extremely important to work on upgrading your Fortress as soon as possible because this allows you to have more cats and hold more energy for battle. More cats means that you can complete more missions, so it has to be done.

Coins are only used to purchase boxes that reward you with new cats. Early on, try getting a few regular boxes in order to increase the numbers of cats, but later on you will want to go for the more expensive boxes in order to get better cats.

5. Managing the cats
You don’t want to start selling the extra cats early on, even if you don’t use them. Evolving your current cats makes little sense and you can use the cats you have to complete missions. Even though only a part of them can be active, you can freely switch them based on the requirements for the quests. Try to have as many cats as possible working on missions and leveling up because pretty soon the level requirements will be high and leveling cats up is a nightmare.

Ideally, have one type of cat for each category leveled up as much as possible (the starting ones are great picks), then slowly work on secondary quests with new cats in order to get them in shape. Try to complete as many quests as possible per day and only go if the Great Success rate is really high, otherwise you won’t get all the rewards.

6. Enter battle
You can enter battles in order to speed them up, but you have so little energy for the major quests that it makes no sense to do so. Only enter battle if you have some free time on your hands or if you want to complete the daily missions. Otherwise, just log in to collect rewards and wait for the missions to complete by themselves. There’s really no point in entering battle, which is one of the saddest things about this game.

This would be all that we have right now for Castle Cats. Hopefully future updates will make it more fun. Until then, check back often as we’ll update this guide if anything new pops up.