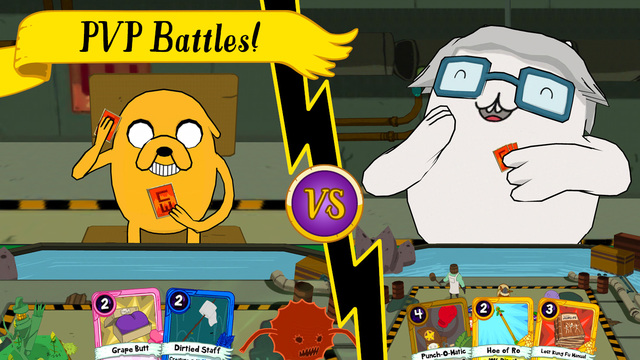 Completing the daily missions are a great way to earn Gems, the premium currency of the game, and Bones, the currency you can spend on standard Treasure Cave pulls. The mission objectives will vary from mission to mission but most of them are fairly easy to complete. One such mission asks you to expand a certain amount of energy – you will complete that by just playing the game normally! Aside from the daily missions, there are also static Global missions. These do not refresh after you complete them and they are a bit harder, but the gem payout is much greater.

Signing into the game at least once a day will guarantee you a sign in skeleton chest, containing a random assortment of goodies. You can also visit the Treasure Cave to open the daily chest, which will give you a random standard rarity creature. Don’t forget about these freebies and come back every day!

The cool part about trading card games is that there is not one winning strategy. The fun of these games comes from the fact that you get to build your own deck and compose your own unique strategy! With that said, the name of the game here is experimentation. King Jake will let you keep one pack of cards at the start of the game that each have their own playstyles. For example, the Niceland cards focus on healing and positive status effects, whereas the Swampland cards prefer inflicting enemies with negative status effects and damage over time abilities. Keep in mind that your decks do not have to match a theme; you can mix and match cards from different elements as you please. In fact, some of the best decks are composed of a variety of creatures, so try everything!

As an example of synergy and strategy, we chose the Niceland deck as our starting deck. The Niceland creatures have a lot of healing landscape cards, along with buff cards. They also get a 7 point magic attack card called “Subliminal Strength”. It has the property “Double Team” on it, which means that whichever creature this card is cast on, surrounding creatures will join in on the attack. Niceland creatures have very high magic attack but low drag attack, so this card deals massive damage if you have three creatures attack and usually outright wins you the match if it has gone long enough for you to start generating 7 points.

The point of this is to make sure you know what kind of cards your creatures have. Knowing what they do and building around them is a great way to establish your own play style and strategy!

4. Match the cake with the creature!

You will notice that the cakes you can feed to your creatures come in the same types as the elements. If you match the cake with the creature it will receive bonus experience points. For example, feeding a corn cake to a corn creature will benefit it more than feeding it a niceland cake. This also applies to creature fusion; if you are sacrificing a creature, make sure it matches the element as the base creature. Make sure you keep your team balanced and leveled. Having one really high level creature and a bunch of weak creatures will do you more harm than good!

5. Use your floop card at the right time!

As you play spell cards, a purple meter below your character’s portrait will fill up. This is the floop meter! When it is full, you will receive what is known as a “floop” card. Floop cards can be played at no cost and they usually are decisive, powerful abilities. Try to save these for an emergency or if you are going to make the final moves on your opponent. They can mean the difference between victory and defeat!

That’s all for Card Wars Kingdom. If you have any other card battling tips or tricks to share, leave a comment below! 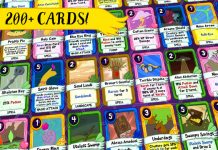 How to Get More Gems in Card Wars Kingdom