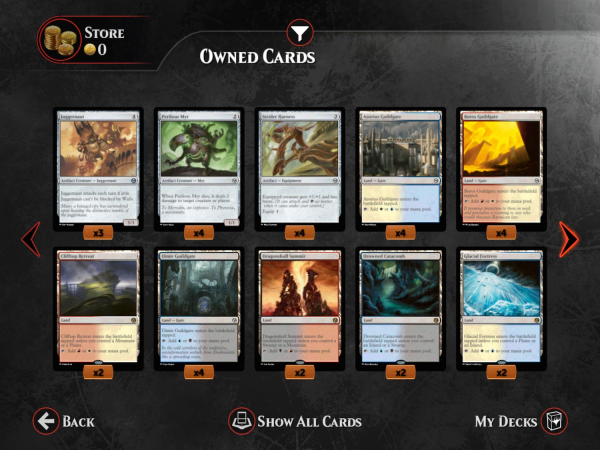 A new card battle game created by Wizards of the Coast is going to be released in a few months on the App Store.

Magic Duels: Origins will be the sequel to the Duels of the Planeswalker, featuring a storyline based on the upcoming Magic Origins set. The game will also feature playable Planeswalker cards and stories that explain the origins of five Planeswalkers.

Magic Duels: Origins is going to sport a single player mode where players will be able to take on an unlimited number of AI controlled opponents, with a quest system that will add some variety to the mode. Multiplayer options will also be one of the strongest points of Magic Duels: Origins, with cross-platform features that will allow those playing the game on iOS devices to play together with those playing on PC and PlayStation 4. Another important feature will be the Deck Builder, which will receive several enhancements as well as new tutorials that will teach newcomers more about the game and its mechanics.

Magic Duels: Origins will be released sometime during July on the App Store. More on the game is surely going to come in soon so stay tuned for all the latest news.