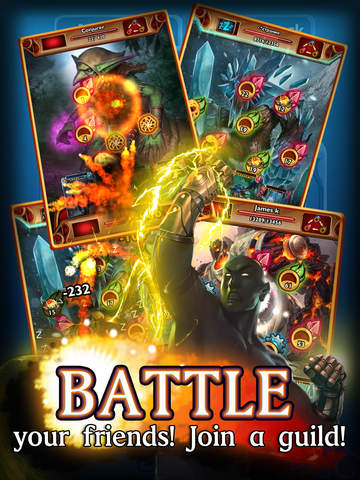 Several card battle games have been released on the App Store in the past few months, each offering a slightly different spin on a basic gameplay formula. Another interesting game of the genre has been made available recently on the App Store, a game that features a rather deep gameplay experience.

The new game is called Outcast Odyssey and it has been published by Bandai Namco. The game is a rather straightforward card battler game where players have to collect cards to build their deck and fight enemies in both the single player campaign and multiplayer mode.

The single player mode of Outcast Odyssey is rather interesting, as it features 40 islands to explore, enemies to fight and treasures to uncover. The addition of these role playing game features is a rather welcome one that makes the experience more varied.

With over 300 cards to collect and abilities to learn, Outcast Odyssey is a game that can keep players occupried for a very long time. The game can be download on the App Store right now so make sure to check it out if you’re a fan of these games, there’s plenty to like in Outcast Odyssey.