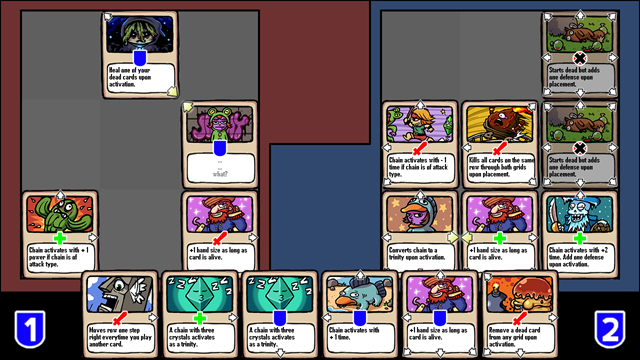 If you’re a fan of card battler gamers, you already have plenty of titles to choose from on the App Store, offering some different twists on the same basic gameplay formula. If any of these titles are actually to your liking, you may want to check out another recent release, which promises huge amounts of card battling action and, of course, fun.

Card City Nights, developed by Ludosity, puts you in the role of a stranger roaming an even stranger land, searching for eight legendary cards. These cards are the only thing that can beat the King and make him earn a true fortune. The game’s writing is really excellent, bringing an unusual flavor in a genre that usually has little room for plots and good writing.

The true gameplay experience for Card City Nights are obviously the card battles, where players will have to lay cards on a 3×3 grid trying to get a set of three symbols. The three commands at your disposal, Attack, Defense and Revive, make the card battler experience quite deeper than usual. The several card types expand possibilities quite a lot, making Card City Nights a game that’s hard to put down.