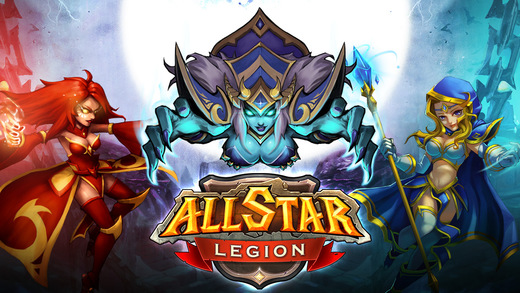 A new interesting card battler game is now available for download on the App Store, a game that creates a unique gameplay experience by expanding the usual card battler one with features taken from other genres.

All Star Legion, published by Oasis Games, is a 3D action card battler game, where players will be able to control 30 different heroes with unique abilities, heroes that can be trained so that they can become more powerful.

All Star Legion sets itself apart from the countless card battles games now available on the App Store with its gameplay experience. Players will have to decide the timing and sequence of their heroes attacks like if they were cards and then start the battle. In order to win the battle, players will have to take an active part during it, as failing to complete the QTEs appearing on screen will result in your attacks not being effective. QTEs will also appear during the opponent’s turn, allowing players to prevent getting damaged and more.

All Star Legion is a really interesting game that should appeal to both card battler fans and those who cannot live a day in their lives without playing some matches in MOBA games. If you’re interested in playing the game, you can download it right now for free on the App Store.