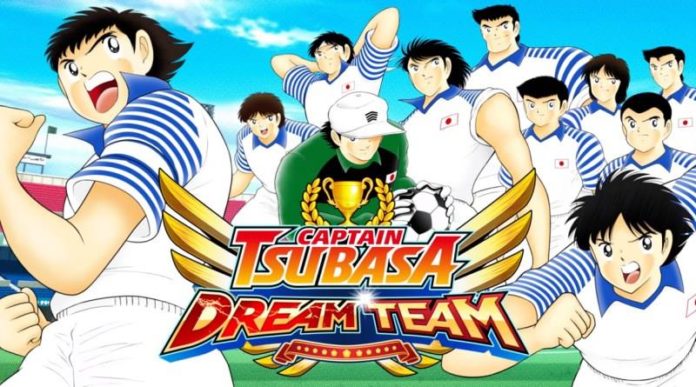 Captain Tsubasa makes his way to mobile devices! Captain Tsubasa: Dream Team is the ultimate football game inspired by the classic hit manga! Experience the legend of Tsubasa Ozora as he rises the ranks to become the ultimate captain, or take the world on in League play.

Captain Tsubasa will need the best for his team, and it’s up to you to create the ultimate team… with some assistance from us, of course! Let’s get started with our Captain Tsubasa: Dream Team cheats, tips and tricks strategy guide!

When you’re running your players on the field, you’re going to need to keep thinking two steps ahead. What type is the player you’re currently controlling? Are they on the path of opponents? What types are they? These are the questions you should be asking because the key to victory starts as early as the field phase!

Whatever type your player is, try to look for favorable matchups. Say for example you’re controlling a Toughness type character. You’ll want to stay away from Agility players, but rush Skill players head on. Try to constantly scan the field to see the best path for your player.

Pass the ball around!

Above all, don’t forget that it’s okay to pass backwards. In fact, try to pass often. One player can’t make it alone, and if they have to go through multiple opposing players, they’ll quickly run out of stamina.

Players with no stamina can’t make shots effectively, so you’ll need to manage your players effectively to keep things balanced. Remember that you can pass the ball to empty spots on the field, and this can actually throw off your opponent sometimes.

Dreamballs are the premium currency of Captain Tsubasa. Right now as part of the game’s launch celebration, there’s a banner in the Transfers called the “Get Ahead Transfer”. It’s a one-time use banner that costs 50 dreamballs, which actually isn’t too bad.

You can get a lot from the missions and dailies, but moreover you can play through story mode for easy dreamballs. There are certain segments in Story mode where you’ll watch a cutscene then receive a dreamball for doing so! Easy money!

Continuing on, the Get Ahead Transfer is good because it guarantees one SSR-ranked player, which is one of the highest rarities. You’ll need to be quick though because this banner is only available for the first 30 days after you’ve started the game, at which point it’ll disappear. Play through Story Mode as much as you can until you have 50 dreamballs, then go for it!

From the tutorial, you’d think that Full Power Football should be reserved for critical moments, but don’t be afraid to use it whenever you think it would be useful! The FPF gauge actually fills up pretty quickly even if you’re doing well, so don’t hesitate.

Full Power Football gives your players more critical chances which essentially boost their stats during matchups. FPF can put you leagues ahead of the away team, so go crazy!

Use Special Skills when they count!

Special skills, however, can really take the wind out of a player so you must use them wisely. Special skills are powerful skills unique to the player that cost a lot of stamina.

They can make or break a goal attempt, but you must use them with good timing. If you misuse them, you’ve essentially crippled your player until the next half, so be very careful when using special skills!

That’s all for Captain Tsubasa: Dream Team! If you have any other tips or tricks to share, let us know in the comments below!