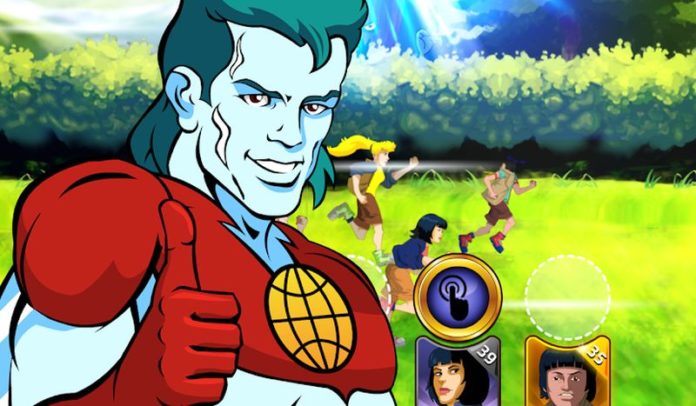 I was very excited when Captain Planet: Gaia Guardians launched on mobile, even though I am not sure if the younger audience even knows who Captain Planet is… However, judging from the state our planet is in right now, more and more people should know about him and the planeteers.

I actually grew up watching Captain Planet and the Planeteers (and even adopted Wheeler’s dressing code for a while – that of having just half of my shirt tucked in), so you can imagine the nostalgia boost I felt when I saw the game on mobile.

It doesn’t really matter if you felt the same way or not, but one thing is clear: some extra help will never hurt. And I am here to provide just that by sharing some Captain Planet: Gaia Guardians tips and cheats to help you get the most out of the game.

Tap Like Crazy
The Planeteers do a good job generally when it come to destroying the enemies they are facing, but they can always use some extra help. 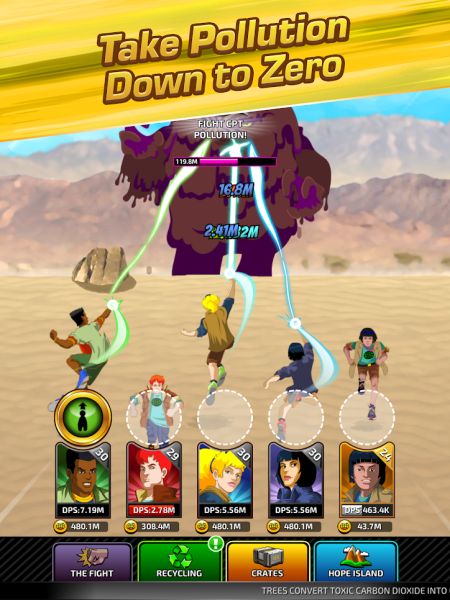 That help comes from you tapping the screen over the monster they are fighting to deal some extra damage and get the world rid of them faster. You can tap as often as you want, but it’s usually the boss fights when you need to do some extra tapping.

Also, when fighting Mega Bosses (when Captain Planet lends you a hand), you should keep an eye on the screen and tap the icons where Captain Planet will hit in order to have him deal double damage, which is extremely useful in the long run!

Invest in the Hope Island
Hope Island is an amazing place to invest your earned Folium (Green Leaves) in since the items you restore will constantly produce money for you to spend on leveling up the Planeteers.

The money is extremely useful especially early on, when collecting once or twice will help you get a massive level boost for your starting characters. This is why I recommend focusing on the Island initially, instead of the skills, especially since you will unlock the better skills later on. 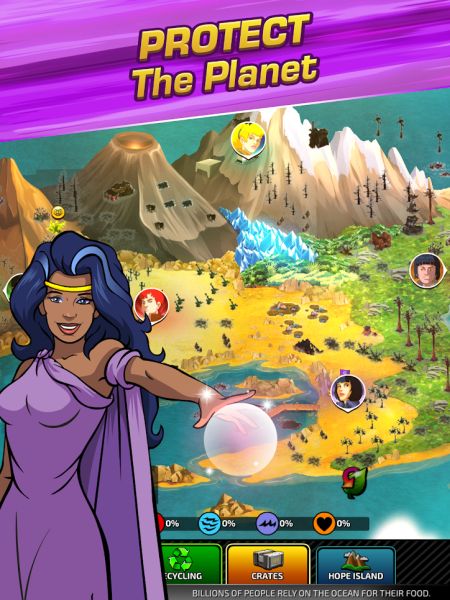 Play the Recycling game
There is a minigame that’s extremely helpful when it comes to grabbing some extra money for upgrades: the recycling minigame.

Just keep an eye at the bottom of the screen and as soon as an exclamation mark appears on the Recycling icon, tap it and tap to remove all that debris in order to earn some sweet money.

You can play the minigame even before the exclamation mark appears (especially if you need some extra money fast), but you get more value for your time if you just let it fill up first.

Keep working on those crates
Like in most games nowadays, we have crates that we must unlock in order to receive rewards that will help us in the long run. These crates need time (sometimes up to 8 hours) to be ready, so working on them constantly is extremely important.

Remember that you should work on the shorter time crates when you are actively playing the game (throughout the day), and leave the 8 hour ones to open over the night.

You can also watch ads to rush the time, one hour per ad watched. Do this as well constantly, as there doesn’t appear to be a limit to the number of ads you can watch each day. 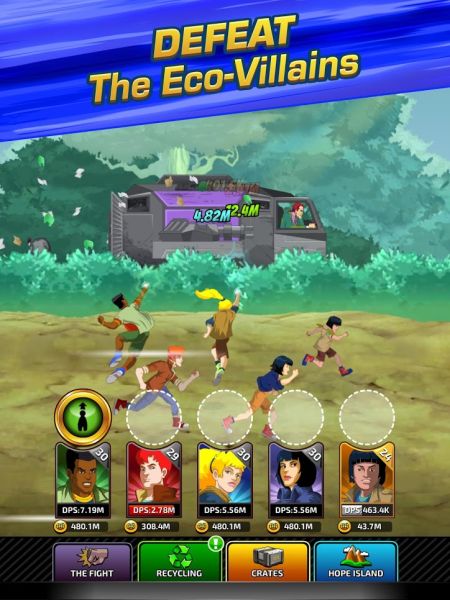 Double everything you can with Ads
Ads are not good just for opening crates faster. You can also watch ads after spending some time away from the game (or from the fight) and double the income earned during this time. It’s a good idea to take advantage of this offer, especially after spending a couple of hours (or more) away from Captain Planet: Gaia Guardians.

How to keep your game running at all times
Many gamers prefer to plug in their device and let the game running in order for them to collect more money and progress faster through constant upgrades whenever they have a few seconds to tap a few icons.

However, this game is made to prevent that from happening by popping up those comic book screens in between areas. However, there’s a trick to avoid that: whenever a boss fight is available, don’t tap the “Fight Boss” icon. You will no longer progress through the stages, but you will also never get the comic book pop-ups again, so you can let the game run on your device as you do other things.

How do the Power-ups work?
Power ups are unlocked by collecting pieces for them via the crates you get in the game (or from the shop). There are various types of power-ups available and one planeteer can only equip one power-up at a time.

Early on, you won’t have a lot to choose from, but later on when you have more options, look at the rarity of the said power-up. Usually, the rarer ones (those with more stars) are better.

But that’s not all: some power-ups require some sort of interaction (like you tapping the screen or swiping in a specific area), while others don’t – both active and passive skills. I personally prefer to roll with passive skills when I am not really focusing on getting to a specific area in the game. 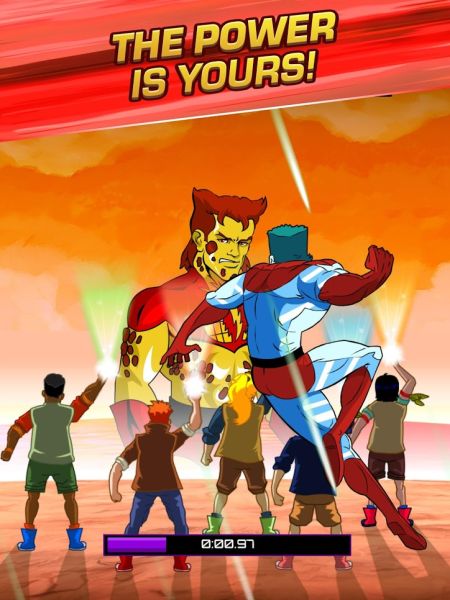 If I want to beat as many bosses as possible, before a reset I choose more active skills and I am sure I can activate them all during the boss fight: this way, beating bosses becomes a walk in the park.

When to reset and start over?
Captain Planet: Gaia Guardians allows you to prestige (reset and start over) relatively early in the game. But this doesn’t mean that you should do it as soon as you have the chance to: the farther you go, the better the rewards.

It’s also important to know that whenever you’re resetting and starting over, you are also losing all the crates that you haven’t unlocked. So if you only have 15 minutes left on that 8 hour crate, it’s best to delay restarting or at least rush opening the crate.

Usually, I decide to prestige whenever beating a new boss seems impossible. This is usually a sign that there are some upgrades that you should purchase with Folium, and that is when I reset and start over.

When you do so, make sure that you have at least several minutes to spend with the game after prestiging, in order to unlock as many planeteers as possible and get as far as possible before taking a break.

That’s everything that we have for you right now in terms of Captain Planet: Gaia Guardians tips and tricks. If you have additional advice for fellow players, don’t hesitate to let us all know by commenting below. 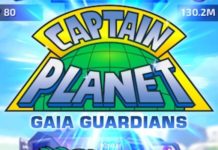 Protect the Earth from Pollution in Captain Planet: Gaia Guardians