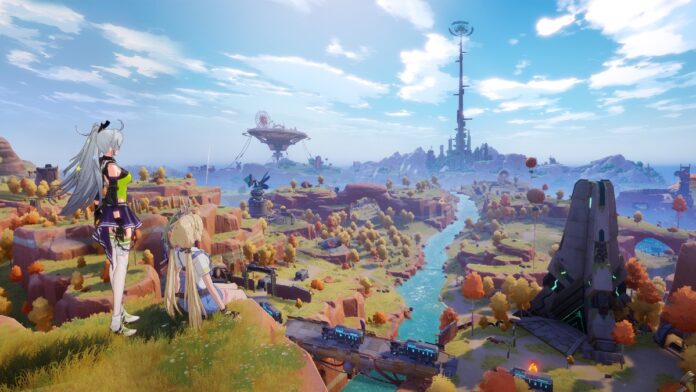 Tower of Fantasy is a hot new sci-fi game that’s currently one of the most played games right now as it takes inspiration from highly acclaimed open-world RPG Genshin Impact. And in this guide, we’ll be looking at how you can play Tower of Fantasy Solo.

In Tower of Fantasy, players will come across multiple bosses that’ll put their skills to the test. And although it’s possible to defeat these bosses alone, it’s much easier to handle them with friends.

However, most players prefer to enjoy open-world titles such as this by playing solo. And similar to a lot of MMO games, Tower of Fantasy can be enjoyed in a variety of modes.

Can You Play Tower of Fantasy Solo? – Answered

Well yes. If you prefer to play the game without friends, you can enjoy Tower of Fantasy alone by playing solo. However, there are some levels and bosses that’ll prove tough to handle alone, and you’ll probably need friends to take them down.

After completing the game’s prologue and opening quests, you will come across other players in the vast world of Aida. The world of Aida is massive in such that it is best experienced with a group of friends. So once you’ve completed the prologue, you’ll be rewarded with an item and the ability to see other players in Aida.

How to Play With Friends

To play with friends, you have to make sure they’re on your friend’s list. Once you click on a player, you’ll be given a bunch of options and one of them is “Add Friend.” Once you’ve added your friend and they’ve accepted your request, head into the in-game menu, and you’ll be able to invite them to your team. After your friend(s) have joined, click “Go,” to commence the co-op session.

Note that the story/campaign mode in Tower of Fantasy can only be played solo. So even if you create a team of friends and try to play the story mode, the team will automatically be broken and you’ll head into the mission alone.

Tower of Fantasy continues to rack up thousands of new players into its beautiful world of Aida. If you’re yet to try the game, you can download it right now from the Google Play Store or App Store.

Can You Play Tower of Fantasy Solo? – Answered