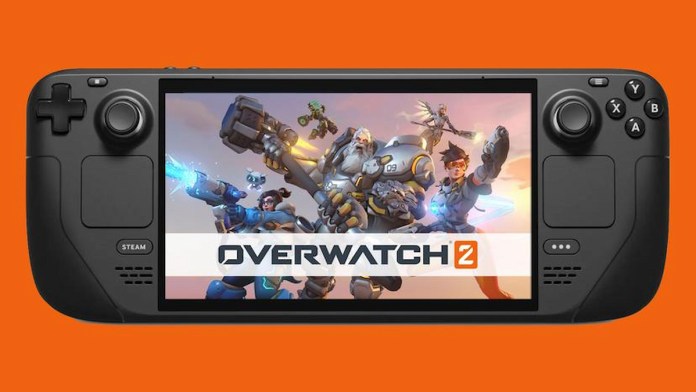 Overwatch 2 is an exhilarating shooter that’s scheduled to make its way to multiple platforms on October 4th. The game’s developers aim to unleash a new era for its popular and widely successful multiplayer franchise.

The game’s compatibility on various new platforms will not only mark the return of many players but will also give new players a chance to experience Overwatch 2 and its many many features. However, can you play Overwatch 2 on Steam Deck? Let’s find out.

Can you Play Overwatch 2 on Steam Deck? – Answered

Yes, it is possible to play Overwatch 2 on Steam Deck. And since the game doesn’t exactly use kernel-level anti-cheat tools, it makes the entire process much easier. Titles such as Fall Guys and Fortnite are difficult to play on a handheld like Steam Deck due to their anti-cheat parameters that are used outside of Steam’s onboard launcher.

Valve’s new Steam Deck is a handheld console that’s capable of running some of the most graphics-demanding console and PC games without issues, and if you’ve managed to get your hands on a Steam Deck, then let’s guide you through how to play Overwatch 2 on that powerful handheld console.

With this method, you won’t have to worry about installing Windows 11 or tamper with anything dangerous, but you will need to install Activision’s Battle.net launcher which you’ll use to download and move Overwatch 2 to your Steam library.

How to install the Battle.net launcher on Steam Deck

Once done, you can now play Overwatch 2 on Steam Deck when it releases on October 4th for PlayStation 4, Nintendo Switch, Xbox One, PlayStation 5, Xbox Series X and Series S.

Can you Play Overwatch 2 on Steam Deck? – Answered