Home Game Guides Can You Get Multiple Mass Outbreaks at a Time in Pokemon Legends:... 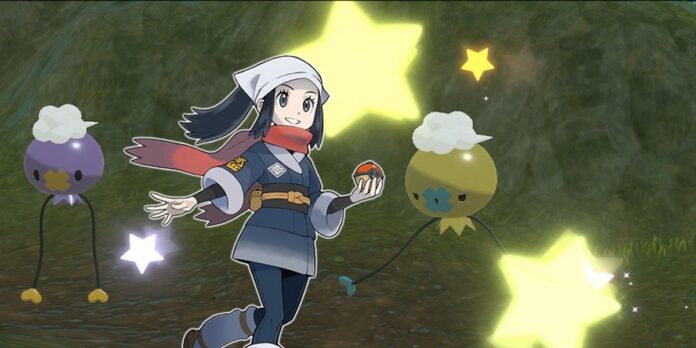 Pokémon Legends: Arceus was released last month after much fanfare and hype. It is the latest installment in the Pokémon series and takes a much different turn than its predecessors do in terms of storytelling and game mechanics.

The game takes place in the ancient Hisui region, which would become modern-day Sinnoh. Fighting and capturing Pokémon is drastically different with battles taking place on the overworld instead of turn-based instance battles, as was the staple of the series thus far.

A brand-new feature added to the game was that of Mass Outbreaks. These features triggered a massive spawn of certain types of Pokémon at seemingly random locations.

Mass Outbreaks are one of the major methods of catching Pokémon in Pokémon Legends: Arceus. This method involves a massive number of Pokémon of a certain species spawning at a rapid rate in a certain part of the overworld.

Mass Outbreaks also drastically increase the odds of encountering a Shiny Pokémon, so they are a favorite of collectors everywhere! Mass Outbreaks can be identified on the map when a circle with the Pokémon’s face appears in it. During the period of time when that is happening is also when the Shiny Pokémon encounter odds go up dramatically.

This mechanic has resulted in a lot of fun amongst players and collectors alike and the question had to be asked, is it possible to have multiple mass outbreaks happen at once?

To the delight of players everywhere, it is definitely possible for multiple mass outbreaks to occur! These can take place at several locations on the map and have the potential to hugely increase the players’ research levels for the Pokémon that spawn in the outbreaks!

For best results, when multiple mass outbreaks occur, we recommend heading to the outbreaks containing Pokémon that the player has a high or full research level on, because that will increase the odds of getting a Shiny variation even further!

Can You Get Multiple Mass Outbreaks at a Time in Pokemon Legends: Arceus? – Answered