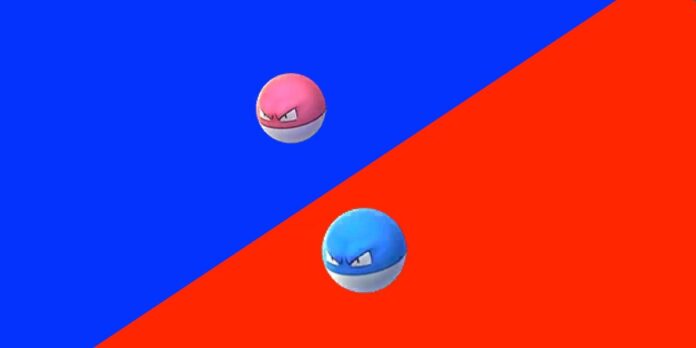 Voltorb is part of the original 150 Kanto Pokémon that was released upon the launch of Pokémon GO. It has been a staple of the Pokémon franchise and quite a fan favorite from the beginning.

Notorious for being mistaken for a Pokéball, Voltorb has been causing chaos throughout the 8 generations of Pokémon (thus far). It has had its fair share of battles in the meta scene in Pokémon GO as well, being a decently coveted Pokémon for battlers and collectors alike.

Despite these shortcomings and benefits, collectors and fans have been clamoring to know if they can acquire a Shiny version of Voltorb in Pokémon GO. The answer to that is of course… a resounding yes!

Despite Voltorb being around since the early beginnings of Pokémon GO, it had its Shiny form released quite recently. It happened at the end of the Tour: Kanto event in February 2021, and there are a few ways to acquire Shiny Voltorb.

All of these methods are potential ways of acquiring a Shiny Voltorb, though the encounter rates may be pretty abysmal normally. But fret not, for events regularly happen in Pokémon GO that might give players a chance to encounter this Shiny Pokémon. A little persistence (and some luck) goes a long way!

Can Voltorb be Shiny in Pokemon Go? – Answered