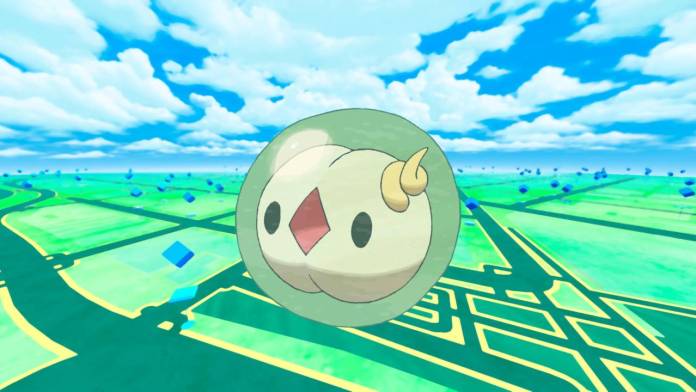 Pokemon Go is one of the most popular products of this famous franchise. The most interesting thing about this game is the fact that it is designed around AR technology, which makes your game experience more realistic and immersive. In Pokemon Go, you can become a real Pokemon Trainer that travels across different regions and catches many Pokemon. Sometimes you may encounter a Shiny Pokemon, creatures that are popular in the game’s community. This guide will tell you if there is any possibility to meet Shiny Solosis in Pokemon Go.

Solosis is a Psychic-type Pokemon. Its final evolutionary form is called Reuniclus and it is quite strong. The Pokemon appears to be tough and tanky because of its high HP and good Defense. It also deals a lot of damage due to its high Special Attack stats. However, its Speed is really low, and this Pokemon can be easily attacked by most Pokemon in the game’s roster. So, if you use it, you should know that this creature will likely be attacked before you can perform any moves.

Solosis is going to be featured in the upcoming events, and there are lots of players who would like to get this Pokemon into their collections. In addition, some players may want to catch its Shiny version. This is a rare skin, and your chance to encounter it is lesser than 1%. However, lots of Trainers do like to collect Shiny Pokemon.

How to Get Shiny Solosis in Pokemon Go

Can Solosis be Shiny in Pokemon Go? – Answered