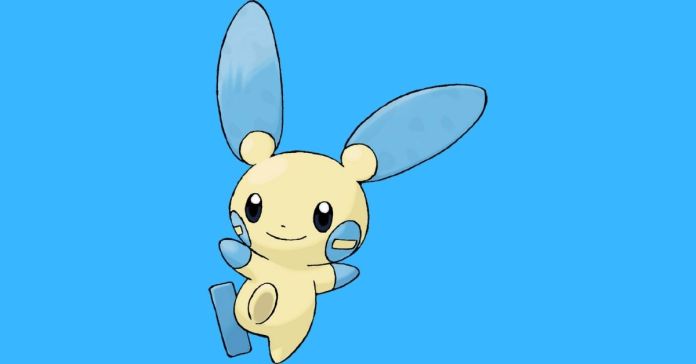 People all over the world love Pokémon and games about them. Pokemon Go is an excellent representative of the series, which also supports augmented reality mechanics. Players still need to catch Pokémon, train them, and fight other trainers. Many players love to hunt for special Shiny Pokémon. Therefore, in this guide, we will tell you about Shiny Minun.

The Power Plant event is currently underway, which draws everyone’s attention to Electric-type Pokemon, including Minun. This Pokémon appeared in the same generation as Plusle. This is because there used to be interesting mechanics of double battles and Plusle and Minun complemented each other. And now, many coaches want to get Shiny Minun.

RELATED: Can Plusle be Shiny in Pokemon Go?

Shiny Pokémon are special versions of Pokémon that differ in color and have a slight shine. In addition, they are very rare, which will turn the hunt for them into a challenge. Also, the difficulty lies in the fact that not all Pokémon have a Shiny version, but Minun does.

There are several ways to hunt Shiny Pokémon. The first is to wait for the event when the frequency of occurrence of a certain type of Pokémon will be increased. For example, the Power Plant event is currently active, but unfortunately, it will not help in the capture of Shiny Minun.

And the second way is to look for nests. Certain Pokémon appear in nests much more often than in the wild. You can use the global atlas to find the nests you need. All these methods help you to meet Minun more often, but the chance of Shiny Minun appearing is still small.

Can Minun be Shiny in Pokemon Go? – Answered