Home Game Guides Can I play The Planet Crafter on Steam Deck? – Answered 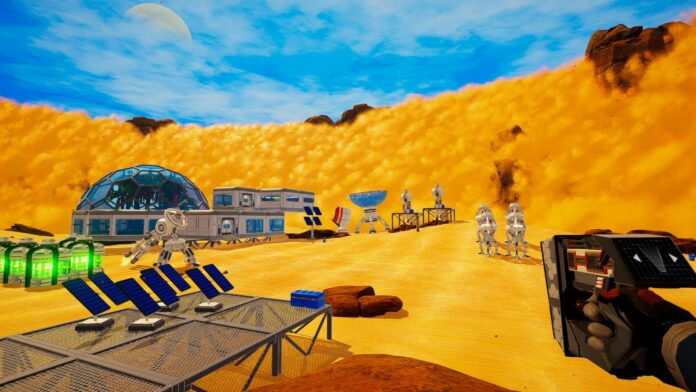 The Planet Crafter is an exciting game in which you have to live on a huge planet alone, as well as constantly terraform it by creating special devices. This game has a lot of fans, and after the SteamDeck went on sale, many players had a logical question. Will The Planet Crafter game be available to play on SteamDeck? In this article, we will answer this question.

Can I Play The Planet Crafter on Steam Deck? – Answered

It’s worth starting with the fact that SteamDeck just went on sale, and even some players who pre-ordered half a year ago still haven’t received their device. But during this time, the Valve development team is working hard to port and optimize as many games as possible on Steam Deck.

As of the game The Planet Crafter, things are not entirely clear. The game can already be played on the SteamDeck device, but we want to note that the developers have not yet had time to fully optimize this game. This means that immediately after launching the game on SteamDeck, you will not be able to play nicely. First of all, you will need to spend a lot of time in the settings menu to assign all the keys and set up many processes in the game. Also, the game often drops frames, down to 13 frames per second. Because of this, you will also have to deal with graphic settings and significantly reduce that.

If you are just asking if this game can be played on a SteamDeck, then the answer is yes. But if we take into account all the shortcomings of optimization and problems with the settings, then still, we would advise you to wait for the full optimization of this game from the developers, and after that, launch the game on a new device.

Can I play The Planet Crafter on Steam Deck? – Answered