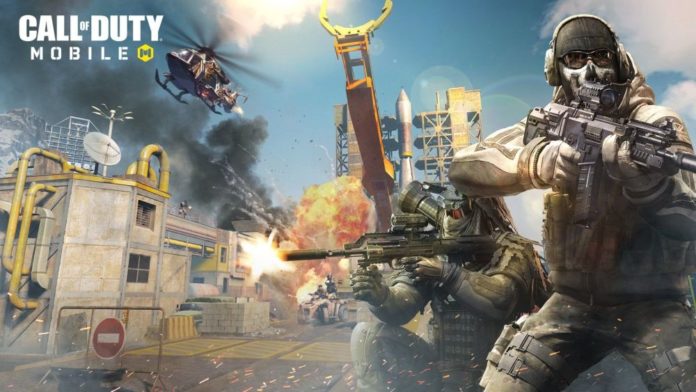 Building a perfect character in Call of Duty Mobile requires you to select the best available perks for the three available spots. It’s not just about being a great shot and equipping the best weapon in the game (although these two things help tremendously).

Creating a perfect character in CoD Mobile requires a bit of everything, and today we’re going to talk about the “Perks” bit and help you choose the best ones for your character. We’re going to take a look at them all and discuss a bit about each of them before making our decision for the perfect build.

So if you want to check the list of the best perks for each slot, simply scroll down until you get there. But I recommend going through the list below first, so that you will better understand each of them and decide for yourself which one is better suited for your play style.

There are three slots for perks in the game, and each slot gives you six different choices right now (although they might add new ones with future updates). Let’s see all the perks available in the game now, with some comments coming from my side!

Fast Recover: HP recovery rate increases by 35%. This can be very useful IF you can survive a face to face battle against an opponent (or more).

But even though it sounds good and it is useful – I played with it equipped for a long time, mainly because it’s the first one you get – in the end you will see that there are better options here.

Persistence: Your Scorestreak progress won’t reset when your character dies, but the Scorestreak Costs double.

This one can be really useful or not. If you can constantly get your scorestreaks without having this one active, there’s no point in using it. On the other hand, if you don’t manage to unlock your Scorestreaks at least once during battle, you should try to get this as it will give you an advantage.

Flak Jacket: Damage from explosions reduced by 35%. This is only useful for some very specific situations which are relatively rare during combat. Not too useful.

Skulker: You move 12% faster when crouching or walking. This gives you an impressive boost, because fast movement always comes with an advantage. It’s even better that you can crouch and be relatively fast with it activated.

Agile: Quicker object mantling and the aiming time of weapons after sprinting is reduced by 85%.

I would say that this one is better suited for Battle Royale modes, and for those who select a very specific operator skill for their character. For all other situations, though, it’s not ideal.

Not really sure about this one, I still have mixed feelings. Being fast is an advantage for sure, but when sprinting you are already very fast. Plus, I don’t think that I ever fell or jumped from massive heights to make its damage reduction useful.

Vulture: Pick up ammo from kills, equal to the magazine capacity of the current weapon.

This is a good perk for those who manage to stay alive for long periods of time during battle and don’t want to worry about running out of ammo or caring too much about replenishing it.

Toughness: Reduces the player’s flinch when being shot by 60%. Useful when fighting a single enemy, but I would say that there are much better options out there.

Tracker: Enemy footprints are visible for 4 seconds. This would still be a lot more useful in Battle Royale than in regular multiplayer… but still it is a really good skill, as knowing where your opponent is heading gives you a massive advantage.

Ghost: Enemy UAVs cannot reveal your position. Not extremely important, as your position changes constantly and it will only be revealed in very few situations anyway.

Cold-Blooded: Cannot be targeted by AI-controlled Scorestreaks (just manual ones).

Not really sure if it’s worth it, to be honest. There are minimal occasions in which you will actually benefit from this in battle, so you’d better get something that gives you a longer term advantage.

I would say that, despite the longer description, this one is pretty much useless in regular multiplayer modes.

Hardline: Increases points earned by killing enemies by 25%. A pretty straightforward and useful perk. Helps you get your ranks up in regular multiplayer.

Demo Expert: Increases the damage of explosives by 25%. Useful in limited situations – plus, explosives already deal a ton of damage.

Tactical Mask: Reduces the duration of tactical equipment on you by 40%. Again, something that you will rarely benefit of and just in some particular situations. Difficult to say if it’s really worth keeping a perk slot occupied by this.

Alert: Enemy footsteps are easier to hear. This one’s more useful than others, since hearing your opponents gives you a massive advantage. Just make sure you play the game with your headphones on, otherwise you’re not getting a huge advantage out of it.

I wouldn’t bother using this, as you don’t really get a massive active in-game advantage from it.

Dead Silence: Silent Movement. This one’s huge, for sure, as moving silently allows you to take enemies by surprise. Plus, if you opponent has the Alert equipped, you’re basically making one of their perks completely useless.

Now that we have a clear overview, let’s move on and see which are my recommended perks to select for each slot. Things could vary depending on your play style and where you are currently in the game, but overall I can say that I am very happy with this selection:

Skulker to move faster – but if you’re having trouble getting those scorestreaks, choose Persistence instead.

This one is easy in my opinion as I always choose Vulture. Not having to worry about ammo and just going out there, wildly shooting at enemies is my piece of pie.

A difficult choice between Dead Silence and Hardline. Go with the latter if you need the points, but have in mind that Dead Silence could actually help you earn more. Depends how good you are at playing at the moment.

So these would be our recommended perks for building that perfect character in the game. We have also shared details about all the other perks, so if you think that you have a different play style – or if you believe that a different one might be better, you can now make an educated choice.

And back to you now – do you agree with my list of the best perks in Call of Duty Mobile, or you prefer to use a different combination? Let us all know by sharing your thoughts below!

Call of Duty Mobile: Best Perks for Your Character