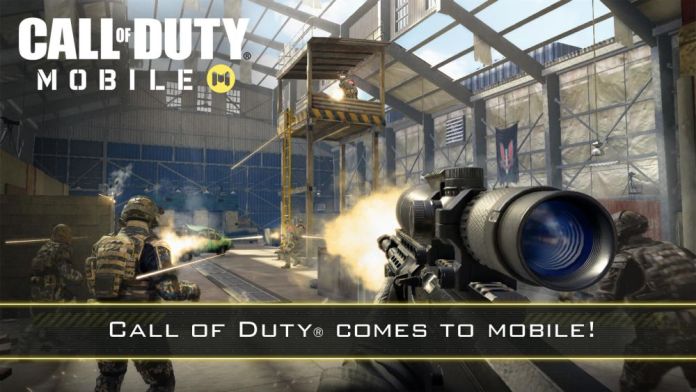 At the moment, there are just 5 Operator Skills in Call of Duty Mobile, with a sixth coming soon. But which is the best Operator Skill in CoD Mobile? This is exactly what we’re trying to find out in today’s article.

But let’s start with the beginning: what is this operator skill?

As you will see, it’s usually a weapon (with a minor exception – the Transform Shield) that gets unlocked eventually as you play any of the multiplayer modes, but not Battle Royale.

These weapons are extremely useful, dealing tons of damage and giving you an insane advantage in the game – but they don’t last forever! You can use them multiple times during a match and you have full control over them and when to activate them – but it’s best to do so sooner rather than later, in order to reset them and start working on re-enabling them again.

So choosing the best one is essential if you want to maximize the damage that you’re going to cause to your opponents and even though skill comes into play, some are still better than others.

So, before sharing my thoughts about the best Operator Skill in Call of Duty Mobile, let’s just check them all out below and see what they do!

This is the first one you unlock in the game. It’s basically a flamethrower that blasts a stream of fire within close range.

It is an absolute beast from close range, taking enemies out almost instantly, but its main problem is that you must get up close and personal in order for it to deal any damage at all. And this is usually very difficult to do in the game.

But a rush tactic or a bit of luck… both of these might make it worthwhile. But in my opinion, we have better choices out there.

A huge minigun that shoots non-stop and increases its accuracy over time. Use it when you have a clear sight and you will take out enemies without a problem.

Make sure to use it when you have a clear sight though, otherwise – even with its increased accuracy, you won’t get a lot out of it because aiming will still be pretty difficult.

This is a fully automated grenade launcher that makes it rain with fire and destruction.

Again, this is a weapon that can prove extreme efficient in specific situations, but it can become quickly a complete waste if, for example, you have too much of an open space and enemies are scattered around.

But if you’re lucky enough to have your opponents nicely grouped together in confined spaces… then the War Machine will make you very happy.

A lightning bolt launcher, you have to hold the fire button to load it up and then release it to cause massive damage to up to nine nearby enemies.

To be honest, this sounds really well in theory, but in practice I was never able to make it work. Maybe some people who have more skill than I do can put it to good use, but I personally found it the least useful in combat.

The only non-weapon Operator Skill available in CoD Mobile at the moment, this is exactly what the name says it is: a shield that you can place anywhere on the battlefield to offer you cover and a better line of fire.

I wouldn’t consider it extremely useful in the chaotic multiplayer modes, but maybe in Domination or Search & Destroy it becomes a bit more useful. However, I do prefer the ones that deal damage instead of those that prevent it.

(This is not yet released at the moment of writing this article, but we can still see it in the game, so I’m including it on the list as well!)

This appears to be a sort of a sniper rifle, since it gets increased range the longer you hold the shoot button, but with exploding arrows instead of bullets.

It’s difficult to say without trying it first, but it doesn’t seem to be the best option in the game, even though it doesn’t sound really bad either.

So… what’s the best Operator Skill in Call of Duty Mobile?

I am personally having the most fun and most success so far with one particular operator skill, so I will consider it today’s winner:

That minigun deals a ton of damage, is relatively easy to handle and, even though it’s almost useless at long range, it makes it really easy for you to walk towards the enemies, quickly taking them out. Better than the Purifier, for example, which needs to be even closer and also better than the Tempest – since I just can’t make it work.

The War Machine could also be a real beast in the right hands… but you depend a lot on the type of map and placement of your opponents, so it can prove to be a complete waste sometimes.

What do you think though? Is the Scythe the best Operator Skill in the game at the moment, or you have better luck with a different one (maybe you can make the Tempest work as it should?) Let us know by sharing your thoughts in the comment section below!

And remember, we have a lot more articles covering Call of Duty Mobile and you can check them out by following the next links: our general guide, how to play the game with mouse and keyboard, best weapons in the game and best perks.

Also, stay tuned as we’re preparing even more CoD Mobile-related content for you!

Call of Duty Mobile: Best Operator Skill in the Game