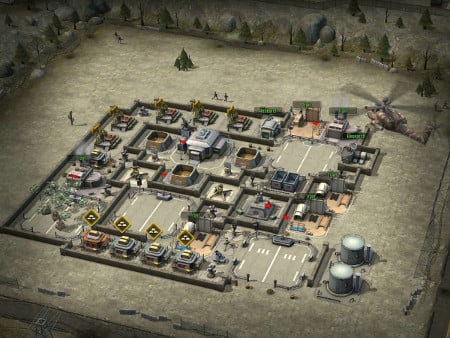 Call Of Duty: Heroes, the strategy game based on the Call of Duty series now available on the App Store in all regions, has received a brand new update earlier today which introduces new content to the game.

The first major addition of the new Call Of Duty: Heroes is a new hero that fans of Call Of Duty: Advanced Warfare will surely recognize, Gideon. The character will be able to use his Exo-Cloak and Sentry Turret to deal some heavy damage to enemy bases and more.

The new Call Of Duty: Heroes update also includes improved supply drops with better rewards and the ability to be called more frequently. A new inverntory system has been added, allowing players to save items for when they need more more. Plenty of other improvements and additions are also included in the update.

New Hero: Gideon
– Deploy and control Gideon from Call of Duty(R): Advanced Warfare on the battlefield!

New Killstreaks for Gideon:
– Avoid detection and infiltrate the enemy base using Exo-Cloak
– Neutralize enemy troops and defenses with the powerful Sentry Turret

Inventory
– Added an inventory system where your Supply Drop rewards and other items are stored for use when you need them
– To get you started, enjoy the free gift pack you’ll find in your inventory!

Call of Duty: Heroes is now available for free on the App Store.