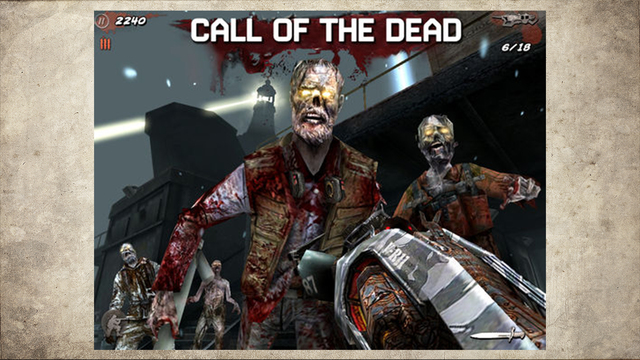 A few Call of Duty series spin off titles have been released in the past on the App Store, offering gameplay experiences that are slightly different from the main entries of the series. Among them was Call of Duty Black Ops Zombies, which brought the series’ popular Zombie mode to iOS devices. Unfortunately it’s been a while since players have been able to enjoy the game on their iOS devices, as Call of Duty Black Ops Zombies wasn’t compatible with the latest iOS 8 versions. Today the game has finally received a new update which makes it playable on devices using the latest iOS version.

iOS 9 compatibility isn’t the only new feature introduced by the new Call of Duty Black Ops Zombies. Also added to the game are iPhone 6, 6 Plus and iPad Air compatibility as well as online multiplayer connection improvements and a variety of bug fixes.

Here are the full details of the new Call of Duty Black Ops Zombies 1.3.4 update.

Call of Duty Black Ops Zombies is now available for purchase on the App Store in all regions for the price of $6.99. The game is now fully compatible with iOS 9 so make sure to check it out if you’re a fan of the Call of Duty series and have yet to play the game.