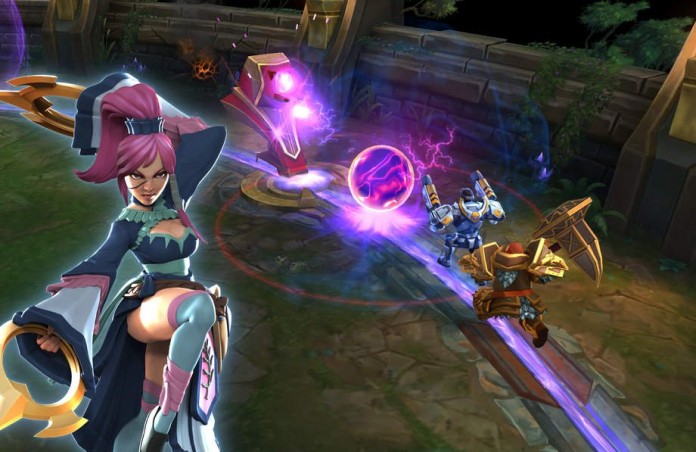 The truth is that there are enough MOBAs on the market right now to honestly say that we don’t need any more released. But developers still want to give us new ways to fight against friends and strangers and the latest on the list is Call of Champions for iPhone and iPad. A MOBA that doesn’t bring anything new to the table, it still manages to deliver high quality, intense gameplay and some really nice heroes with great skills and powers. And we’re here to help you a bit with some Call of Champions cheats and tips to win your fights and unlock all champions.

This guide is aimed more at the beginner players, but even advanced ones might want to read it – maybe there is something that will help them in the long run. So let’s not waste any seconds and let’s check out below our Call of Champions tips and cheats!

1. How to get free heroes?
Easiest way to do it – even though you don’t get to choose the hero that you get is to log in daily to unlock them after 7 days of logging in. Also, you can take advantage of the free daily hero to test them out and see which should be unlocked next.

2. Start with the practice mode
You need to play a solid few practice modes (or several) with each of the heroes that you have in order to see which suits your play style the best. Then learn the basics of the game in the practice match, while also gaining XP points to improve your heroes. Only afterwards you should go to the real fun and play the versus or other modes.

3. Stick with your team
It doesn’t really matter if they don’t follow the route that you want to follow, it’s best if you stick with your team and follow them wherever they’re going. The easiest team to defeat is the one that doesn’t stick together because that makes them more vulnerable. So no matter what happens, make sure to be near your teammates.

4. Don’t be afraid to head back home
And get healed! If you die, the time you need to respawn is usually greater than the time needed to get back and heal yourself, especially after a couple of deaths. So don’t worry about leaving the battlefield and getting back with full health and your whole set of power attacks ready to be used again. This might actually help you win the battle!

5. Get extra boosts
In the arena, extra boosts will make their way into the game every now and then. Try to take them to gain the extra advantage and especially make sure that the enemy players don’t get them.

6. Learn your role
There are five different roles in the Call of Champions: tank, support, mage, fighter and assassin. Each role should be played differently and you should make sure that you adapt your play to that role. In other words, if you’re a mage, stay away from melee combat and take enemy players out or help your teammates from far. The better you get at maximizing the Pros of your role, the bigger the chances to win!

8. Add friends
Getting into an active team with each of the roles selected smartly is what will give you Team Ranked dominance. So add friends to the game – if you don’t have real friends playing the game (you can connect on Facebook), simply share your Champions ID and allow other fans of the game add you – talk to them, set up your team and begin rising to the top!

These would be, for now, our Call of Champions cheats and tips. If you have more advice for fellow players, let us know by commenting below! 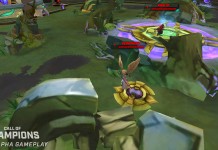