Home News Bumblebee Is Now Available in Creative Destruction Advance Thanks to the New... 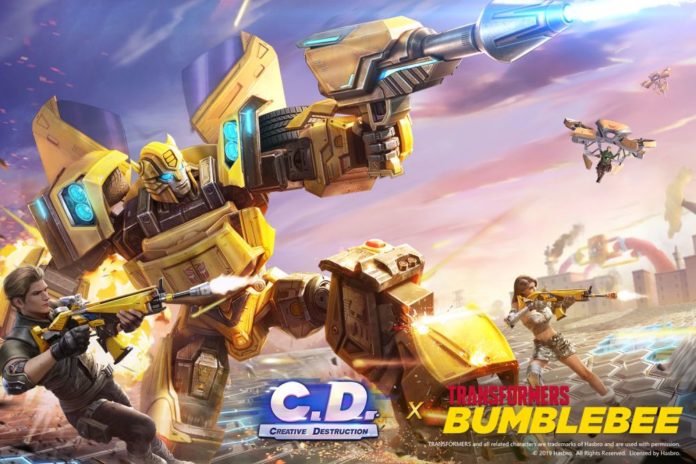 Creative Destruction Advance has just received a brand new mode that introduces the Transformer Bumblebee to the mix. The new mode, Battlefield, sees players race around the battlefield in teams of two trying to take out Bumblebee.

One team of two plays as Bumblebee, you see, while the other teams try to defeat the Transformer. Defeat it and you get to be Bumblebee. You can even transform into its robot version if you collect enough energy, which is dotted around the arena.

The new mode features a bunch of new collectibles, from new suits, weapons, skins, destructor, and more. You can invite friends to join you too, and earn more rewards the more that say yes. 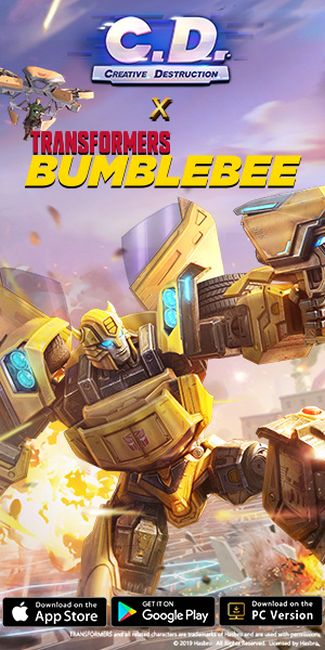 Haven’t heard of Creative Destruction Advance yet? Well, it’s basically a Fortnite-like battle royale sandbox game in which you and up to 100 other players battle it out to be the last one standing.

Battles take place on a massive 4x4km map and the environment is fully destructible. You can build stuff, destroy other people’s buildings, and collect a variety of weapons to battle your opponents. You can even create your own fully destructible map.

Creative Destruction Advance is out right now on the App Store or Google Play, along with the Bumblebee event. Go get it right here if you’re in Europe or Japan, or here if you’re based anywhere else.