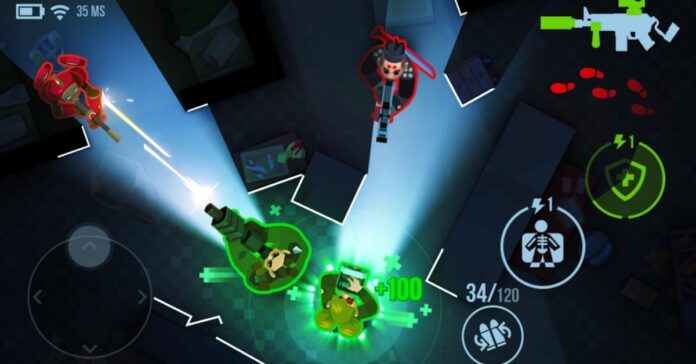 Bullet Echo is a new free-to-play mobile shooter published by ZeptoLab for Android devices. This is a multiplayer game where you need to choose your character, weapon, and gadgets you want to use, and go to fight other players with your customized loadout. Drones are special pieces of equipment that are able to support you in combat. This guide will tell you about drones in Bullet Echo, how to obtain them, and how to use them.

Drones in Bullet Echo are special pieces of equipment that you can put on your character. Currently, there is one type of drone that is called Prototype Z-1. When you equip this drone it starts to follow your character and provide you with assistance. Prototype Z-1 is able to shoot the opponent you try to attack. The drone will be visible only if you see the owner. So, you shouldn’t worry about this flying little thing as it is unable to uncover your position to enemies.

You are able to upgrade your drone in Bullet Echo with Energy and Syndicate Credits. You will be able to obtain Credits by completing daily tasks for your Syndicate. The drone possesses a couple of abilities that you will be able to unlock via leveling it up. These abilities make this piece of equipment even more useful. The best skill in this list is the ability to revive your character after you’ve been knocked down.

How to Get Drones in Bullet Echo

Drones in Bullet Echo are very useful pieces of equipment in this game and they provide you with great assistance during your matches. So, it is understandable that there are lots of players who would like to get a drone. Currently, there is only one type of drone and it is called Prototype Z-1. You will receive it after you join a Syndicate.