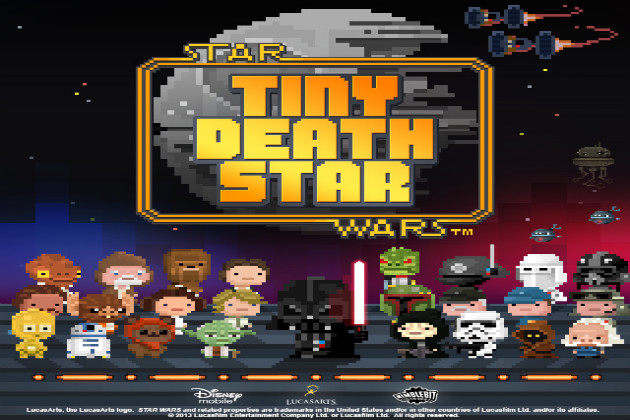 Every Star Wars mush have dreamed, at least once in their lives, to be part of the unique universe created by George Lucas. You’ll soon get another chance to live that dream on your iOS mobile devices, as Disney, now owner of the whole Star Wars brand, has announced a new iPhone and iPad simulation game called Tiny Death Star.

The game is currently being developed by NimbleBit using a unique retro graphical style which should be already enough to make Star Wars fans get this small little game. As some gamers already know, NimbleBit is the team behind Tiny Tower and many of this game’s elements will find their way in Tiny Death Star.

In Tiny Death Star, Star Wars fans will be able to build their own version of the infamous Death Star, making gamers alter the destiny of the Empire and of the whole galaxy. If this isn’t enough to make you buy the game, I honestly don’t know what is.

Unfortunately details on the game are really scarce at the moment. It’s not really surprising, considering the game has only been announced.  We will update you with all the latest news for the game as soon as they become available.

The final release date shouldn’t be too far off, though: Disney has revealed that Tiny Death Star will receive a worldwide release soon.

Tiny Death Star is going to be released in the near future on the App Store.