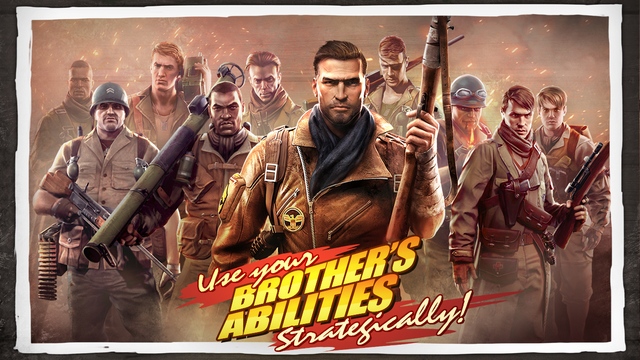 1. Be sure to achieve all the objectives!

Each level has a three star objectives listed before the beginning. The first star is gained automatically upon completing the level, but the next two require some additional effort, such as maintaining a good accuracy, getting a certain amount of headshots, and more. You need a specific amount of stars in order to unlock the proceeding chapters, so be sure that you grab as many as you can!

2. Use the snapping crosshair to get easy headshots!

When you move your crosshair over a target, it’ll snap to either the body or the head of the target. If it’s snapping to the body, move it up a little bit and it should snap to the head. Take advantage of this for easy headshots. Remember that each killing headshot nets you a bonus 10 XP, so it adds up overtime!

Your first brother, Jacob Hall, has an air strike ability. It can be used every 75 seconds, and it drops several bombs in the immediate area after a short delay. This ability is extremely useful for clearing out a large group on enemies, so be sure to use it when you need it! As you progress further through the story missions, you’ll unlock more brothers for you to bring into battle. Each one of them has their own unique ability, so check them all out and see which one you like the most!

4. Pop out of cover at the right moments!

Stay under cover as much as you can, and only move up if you’re sure the coast is clear. When you’re under fire, wait until the enemies empty their entire clips. Take this time to lock your crosshair on their heads. Once you see them start to reload, pop out and take your shots!

When you fire your weapon, your crosshair will move slightly up due to recoil from the gun. It’s best to shoot your gun in small bursts, single shots even. This’ll guaranteed the minimum recoil and keep your accuracy high.

Some enemy soldiers will toss a grenade your way if left alive for too long. Once they begin to prep a grenade, you’ll see ring appear above them. Once it’s filled up all the way, they’ll toss the grenade! Don’t fret though, as if the grenade lands near you, you’ll see a toss back button. Tap this button as fast as you can and you will pick up the grenade and send it right back where it came from!!

Upgrade your weapons and fight off your enemies! If you have any other questions or suggestions, leave a comment below! 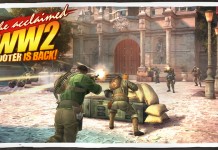 Brothers in Arms 3: Sons of War Now Available On The App Store