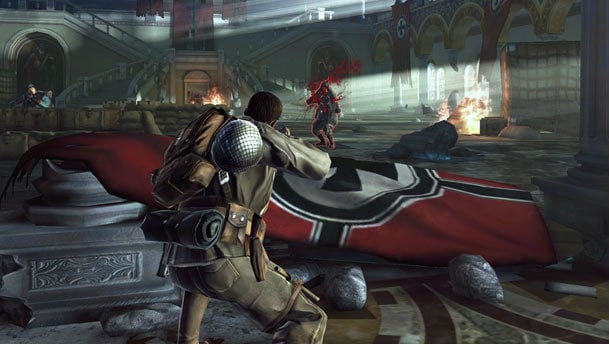 Gameloft’s upcoming mobile threequel Brothers in Arms 3, based off Gearbox’s popular Brothers in Arms franchise, which they first announced back during E3 2013 was on display at this year’s Consumer Electronics Show (CES 2014).

Those who got to play the new mobile title were pleasantly surprised to discover that, unlike previous mobile Brothers in Arms games, this new one utilizes a brand new interface that has the player swiping across the screen to dictate which cover positions their soldier moves to. Players can shoot enemies by simply tapping on them and can even shoot while moving from cover to cover. Other features such as being able to call in squadmates in order to flank enemies and collecting new guns and equipment are also planned for the game’s final build.

Brothers in Arms 3 will feature over 100 levels of World War II action and will be free-to-play when it launches sometime in early 2014. It will be available on a large number of mobile devices including iOS.