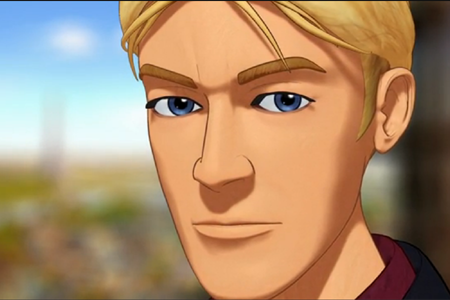 The name Broken Sword will definitely ring a bell for some older gamers who love point and click adventures. The series is one of the best adventure series ever released, spanning a few different sequels and ports on pretty much all gaming devices.

The fifth entry of the series, Broken Sword: The Serpent’s Curse, has been founded with a Kickstarter campaing and it will be released in around a month on PC.

Revolution has also confirmed that the iOS version of the game will not be released too long after December 4th, the day the PC version officially releases.

Broken Sword: The Serpent’s Curse will be released in two different parts, with the second one coming sometime during January 2014. This means that gamers will not have to wait too long before being able to know the ending of the new story starring George and Nico, who are after a mysterious stolen painting.

Revolution originally aimed to have the iOS version as a reward for pledging 25$ to the project. Unfortunately the team was unable to find a way to distribute it at the moment. The team, however, says that they  hasn’t forgotten about it and they will do everything to make it happen as soon as possible.

Broken Sword: The Serpent’s Curse will launch on the App Store sometime during December. If you want to know more about the project, you can check out the official Kickstarter page for the game by going here.