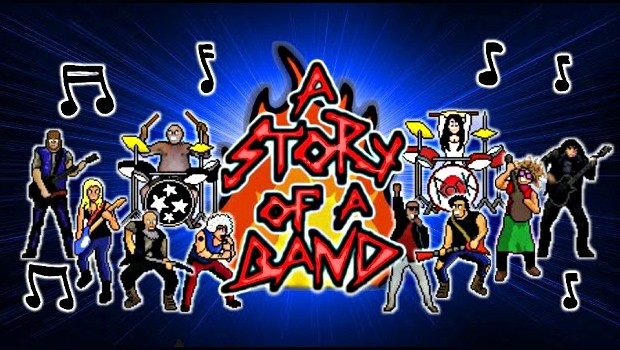 Being in a band is definitely not easy, especially when you want to make it big. So many things require a lot of work, aside from the actual music, that a manager is always required when things start getting big.

In the end, however, it always comes down to music. If you have never even touched a musical instrument but you still want to feel the thrill of being in a band, with all the good and bad that comes with it, you may want to check A Story Of A Band.

The game has been positively received thanks to its mix of management mechanics and the deep action given by the turn based rock battles.

Creating a record in the game is quite easy. You’ll have a lot of different choices ranging from live recordings, concept albums and best of compilations. Once your record is out, you’ll have to promote it by touring.

It’s during the touring part that things start to get interesting, since you’ll have to find the right balance to keep the tour going and increase your popularity.

The iOS release of A Story Of A Band features a selectable difficulty mode which will make the whole experience less frustrating and way more enjoyable.

A Story Of A Band is now available on the App Store. The game can be downloaded on iPhone and iPad.