Home Mobile Gaming News Bring up your own little monsters in Becoming Bytes™, available now for... 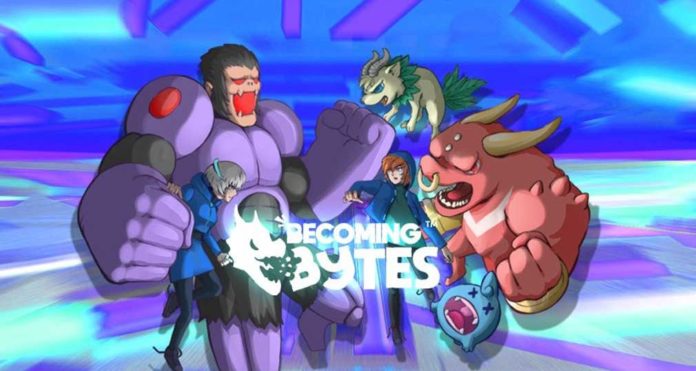 Caring for a pet isn’t all fun and games. You have to clean up after it, keep it entertained, make sure it’s well fed — and train it to be a powerful opponent in battle. Well, that last bit might just be reserved to monster trainers in Becoming Bytes™, a brand new, free-to-play title from Chariots Gaming.

In Becoming BytesTM, it’s up to you to raise monsters — called Bytes — preparing them for combat against other monsters. Bytes come in all shapes and sizes: some cute, some fearsome, but all in need of your care. Feed them their favourite foods, pet them through touchscreen and play with them using all sorts of toys.

This will keep their happy meter high, make sure they’re ready to go into battle, and extend their lifespan. Each Byte has its own evolutionary trajectory, transforming in surprising ways through its life cycle.

The battle part of Becoming BytesTM makes up the bulk of the action. Play through missions in three different difficulty levels, each one challenging your monster against waves of hostile Bytes in an arena setting.

There’s also an online PvP mode, allowing you to connect and fight with rival trainers. As your Byte clashes with foes, it’ll gain experience, allowing it to level up and allowing you to assign points to its attack, defence and health stats.

Your Byte will fight automatically during missions, but you can lend a hand to improve its chances of victory; hit the big teal ‘tap’ button on the right repeatedly to speed up your monster’s attacks. You’ll also notice your Byte’s special attacks nearby, which you can unleash at optimum moments. As your Byte evolves, you’ll gain new special attacks without losing the old ones.

Try your hand at training monsters in Becoming BytesTM now, available for free globally from the App Store and Google Play.