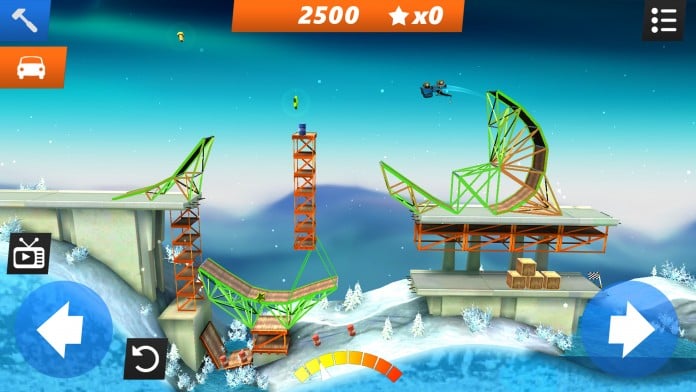 Unlike previous entries of the series, in Bridge Constructor Stunts players won’t have to build bridges so that vehicles can get across but will have to create some exciting levels complete with ramps, loops and more. Possibilities are quite big in the game so players’ creativity will definitely be stimulated.

This time around, players will finally be able to control vehicles in Bridge Constructor Stunts during jumps, deciding  the jump’s speed and direction. The game also allows players to share their runs on social networks such as Twitter and Facebook, adding one more reason to do good in the game.