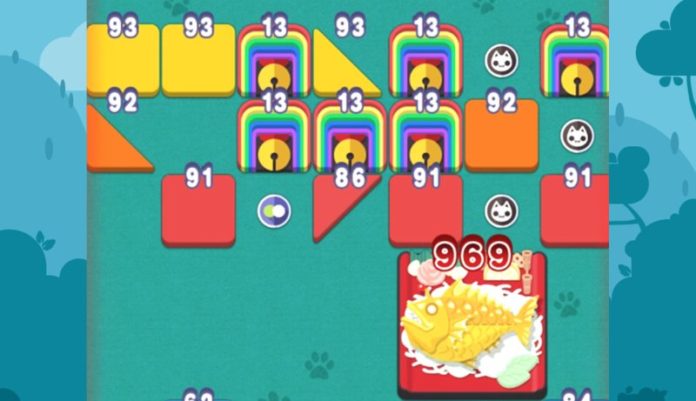 Brick Break Cat House (titled Bricks Breaker Cat House on Android) is am amazing, charming and insanely addictive game. Breaking breaks has never been so fun when you have beautiful graphics and lovely cats to shoot billions (more or less) of balls trying to get as far as possible and eat as much fish as possible. And we’re here to help make the experience even better by sharing a bunch of Bricks Breaker Cat House cheats and tips just for you.

Things are pretty much self-explanatory in the game, which throws at you procedurally generated levels, meaning that each new game will be different. But you can still have a ton of extra fun by following our simple Bricks Breaker Cat House tricks and tricks. So let’s not waste a single second and let’s check them all out below!

Clear the early areas
It’s really difficult to get the “All clear” star damage when you go up the levels, but early on, things are not that difficult. This means that you should do your best to clear as many areas as possible early on in order to bag tons of stars and use them later on in the game, if needed.

You don’t get to keep the stars
The stars that you collect in a playthrough are not carried over, unfortunately. This means that there is no real reason for you to not spend your stars eventually. It’s a good thing to try and keep them for the later stages (after the first boss battle, at least, because things get difficult then), but look into options of spending them.

You can spend stars to continue the game after losing (which makes little sense since you can do that by watching an ad), or you can spend your stars on two boosts: either to remove 5 squares from the board or to double the amount of balls that you launch once. The price of the boosts increases with each new purchase, but they can be extremely useful in the long run. Plus, since you have no reasons to hold your balls (ahem!), just go for them.

Keep an eye on the in-game boosts
Apart for those that you can buy with stars, there are power-ups that you can activate as you play. From the cat symbol that gives you an extra ball to various other power-ups, you usually have a lot of them with each new drop and putting them to good use helps tremendously. So always keep an eye on them and try to activate them – most only last for one launch!

Try to get your ball on top of the tiles
Ever since the original Brick Breaker game was launched, the best thing you could wish for was getting your ball to the top and see all those bricks taken apart one by one. The same thing goes here, even though the number of tiles you have is random and you won’t always have that chance. But when you do, it’s pure gold!

At least try to hit as many tiles as possible, if the design of the board doesn’t allow you to get on top of them. This will help you a lot in the long run.

Take into account all your balls when launching
Usually, when launching a ball, you will launch it at a tile. However, on some occasions, you will have more balls than the tile requires hits. In this case, you have to consider the trajectory of the remaining balls, in order to make sure you don’t waste them. On many occasions I didn’t pay attention to this small detail and wasted over half of my balls as they were going in a direction without any tiles.

Watch ads to keep on playing
You can watch ads twice in order to keep on playing after failing to clear the board. I think that’s a really good thing to do as it helps you reach the later stages easily. Don’t spend your stars on continuing, though, as those are better spend for boosts.

These would be our Bricks Breaker Cat House tips and tricks. If you have other suggestions for fellow players, let us know by commenting below.